In the second week of the new year, reported cases of COVID-19 surpassed 9000 with an average record of 1360.5 cases reported in a day. 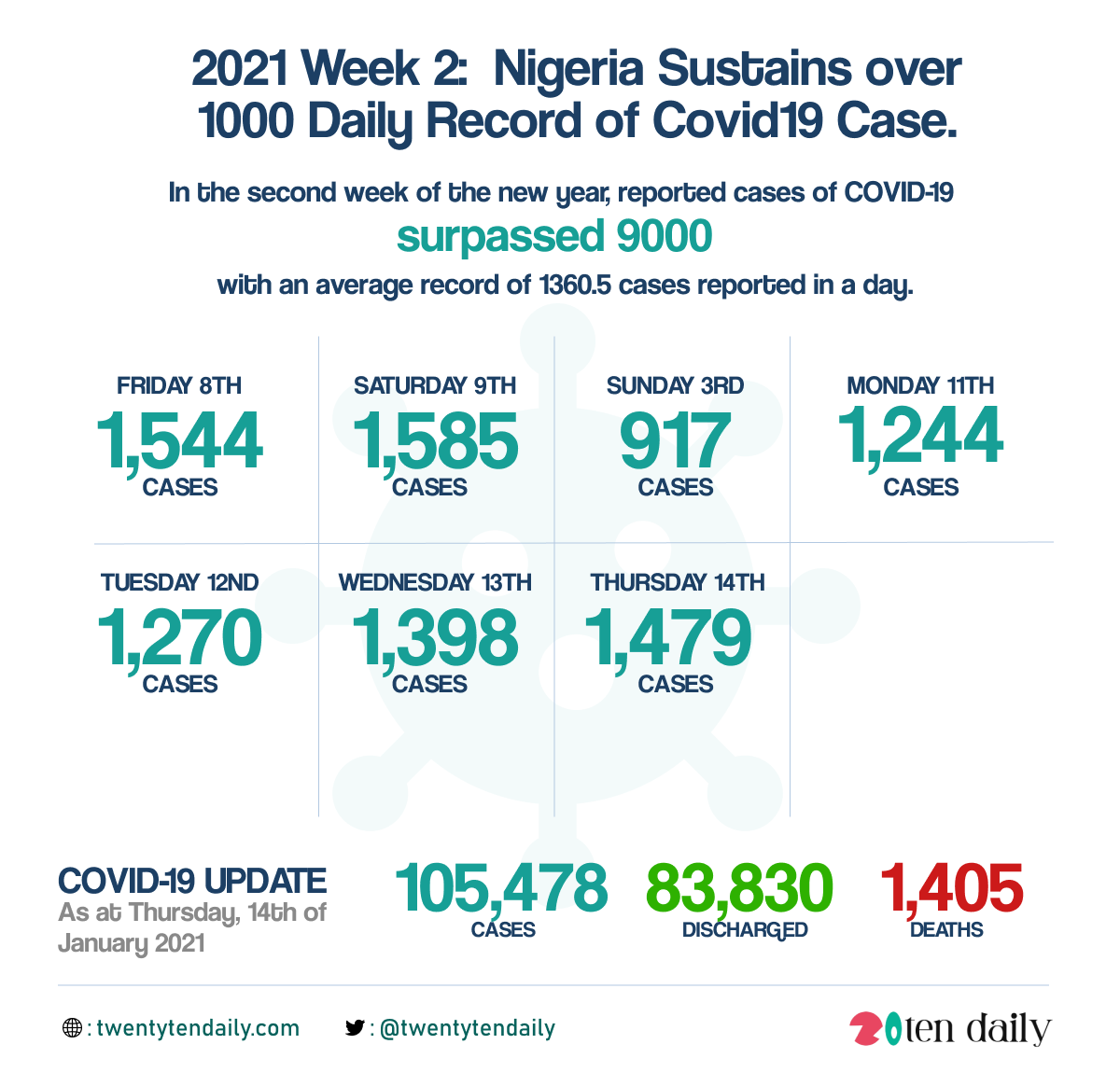 The week started with 1544 reported cases on Friday and hit its peak on Saturday then dropped on Sunday. However, by the end of Monday, cases consistently increased from 1244 to 1270 (Tuesday), 1398 (Wednesday) and 1479 on Thursday.