Ayine said the special audit was intended to provide timely and useful information and recommendations to the government, Presidential  Task Force (PTF), agencies participating in the response and various mitigations, and to other interested stakeholders. 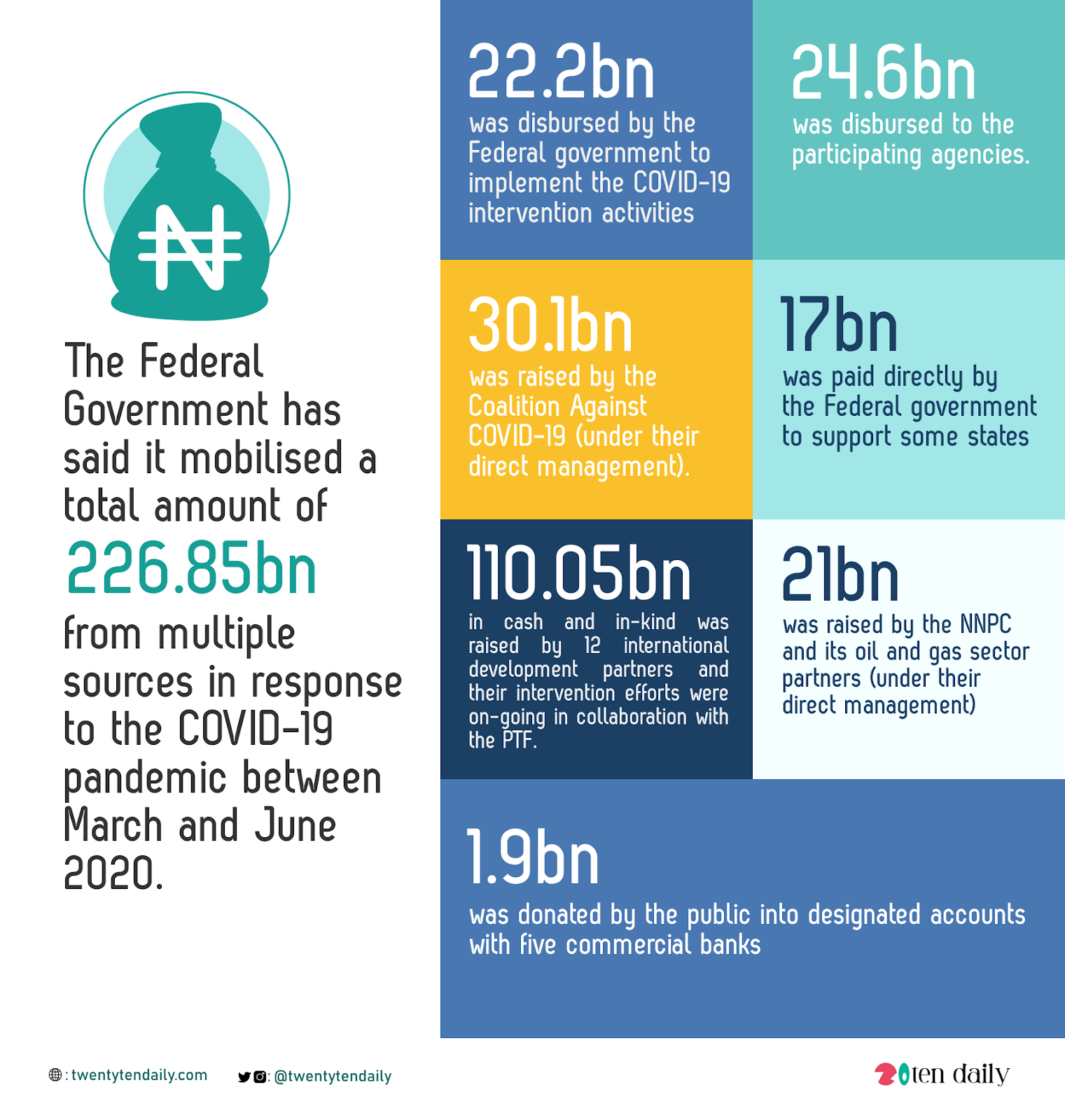 Breakdown of the Fund

According to the report; N22.2bn was disbursed by the Federal government to implement the COVID-19 intervention activities. N24.6bn was disbursed to the participating agencies while N30.1bn was raised by the Coalition Against COVID-19 (under their direct management).

N17bn was paid directly by the Federal government to support some states;  N110.05bn in cash and in-kind was raised by 12 international development partners and their intervention efforts were on-going in collaboration with the PTF.

N21bn was raised by the NNPC and its oil and gas sector partners (under their direct management), while N1.9bn was donated by the public into designated accounts with five commercial banks which totals N226.85 bn.