The sum of N619.343 billion was shared as federation allocation for the month of December 2020 to the three tiers of government. This was disclosed at the Federation Accounts Allocation Committee at its virtual meeting. 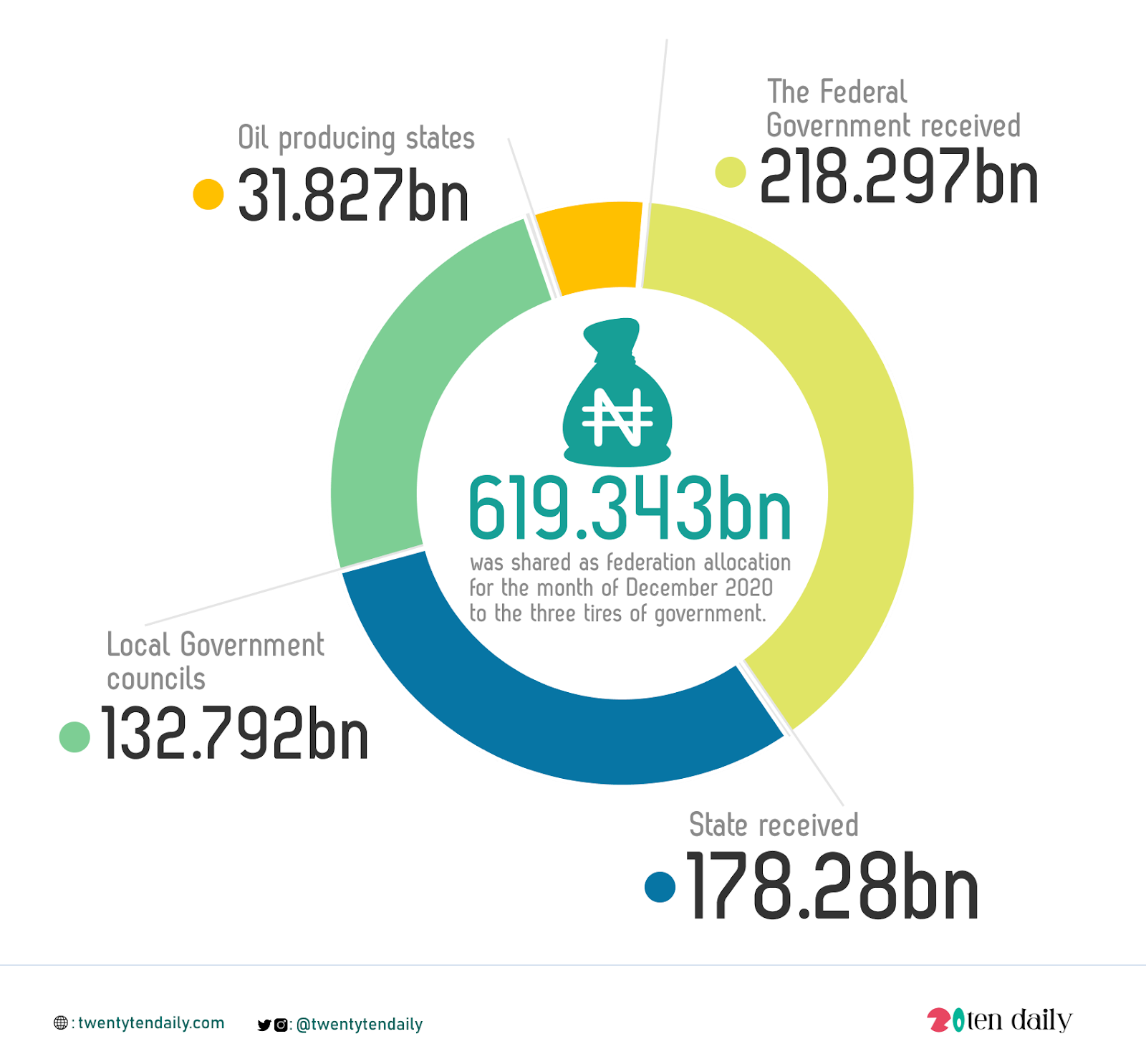 Also, in a statement issued by the spokesperson of the Federal Ministry of Finance, Budget and National Planning, Hassan Dodo, stated that the cost of collection/transfer and refunds gulped N59.147bn.

Revenue available from the Value Added Tax for was N171.358bn as against N158.785bn distributed in November. The distributed statutory revenue of N437.256bn received in December was higher than the N436.457bn received for November. From this, the Federal Government received N189.451bn, states got N96.092bn, Local Government councils got N74.083bn.