The European Union has extended the export ban on Nigeria’s bean over the country’s failure to implement its food safety action plan submitted to the commission in 2018. The export ban was extended till June 2022.

The EU Safety Authority, in 2015, had banned Nigerian beans export after it contained between 0.03mg/kg and 4.6mg/kg of dichlorvos pesticide as against the EU’s acceptable maximum residue limit of 0.01mg/kg.

The suspension was later extended in 2019 owing to the continuous presence of dichlorvos and the impossibility to achieve short term compliance with the union food law requirements regarding pesticide residues. 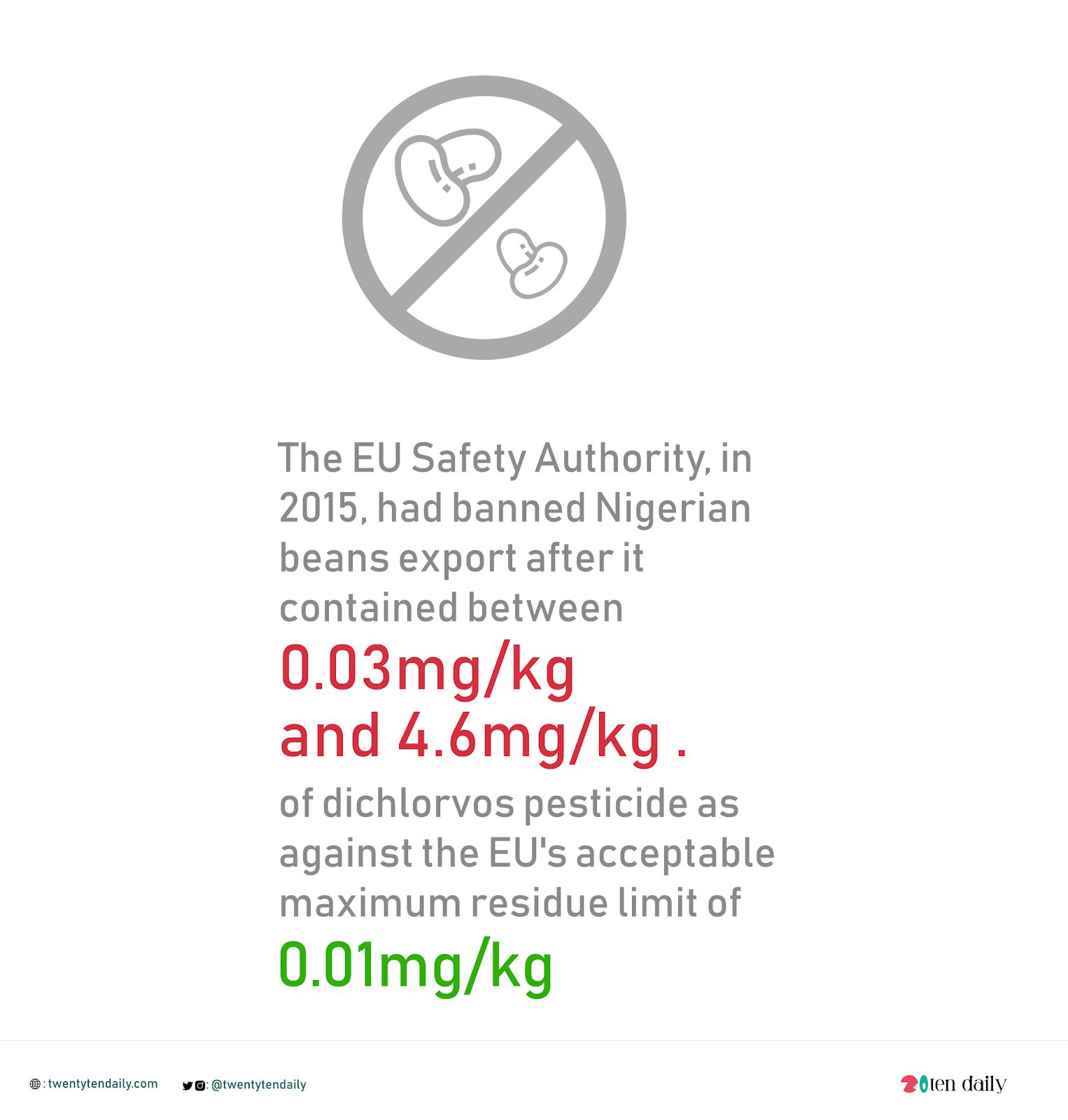 “In February 2018, Nigeria submitted a new action plan and stated that its objective was to control and streamline particularly dried beans, strengthen the legal and regulatory environment and build fundamentals for quality production of dried beans,”

“However, the Commission understands that Nigeria has not yet implemented that action plan, nor granted any budgetary means for its implementation” the EU commission said in a statement.

The EU said the duration of the suspension of the import should therefore be extended for an additional period of three years to allow Nigeria to implement the appropriate risk management measures and provide the required guarantees, thus applying until 30 June 2022.