The management of the Asset Management Corporation of Nigeria has called on sister agencies, the Federal government and stakeholders to support its drive to recover its current exposure.

Having exhausted its ten years lifespan, AMCON outstandings still rolls over trillions of naira. AMCON was established to play an integral role in the recapitalisation of affected Nigerian banks thereby providing an opportunity for Nigerian banks to sell off their Non-Performing Loans (NPLs).

AMCON said its current exposure is N4.4trillion against N5trillion announced earlier. The corporation also noted that N3.6 trillion of the N4.4 trillion is being owed by 350 obligors. If recovered, the trillions of naira would help Nigeria in the following areas – 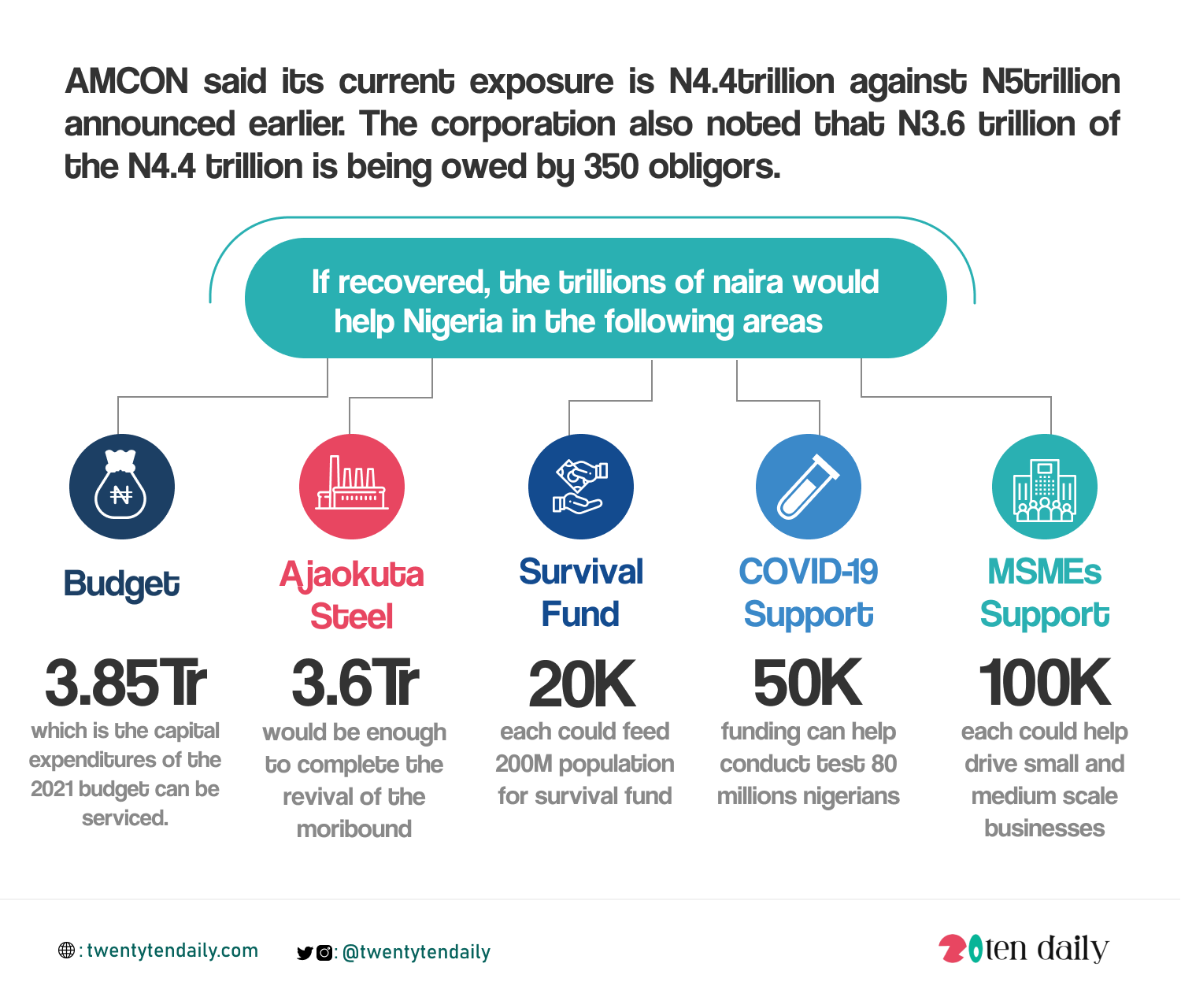 The capital expenditures of the 2021 budget which is estimated at N3.85 trillion can be serviced by the exposure. The 2021 recurrent cost is estimated at 37% of the budget (N4.888 trillion), which is allocated to paying salaries and overheads can be partially paid by the recovery.

The trillions of AMCON debt could also take care of the N3.12 trillion total foreign debt service and N3.7 trillion personnel cost for the year.

Ajaokuta Steel – According to the corporation’s Group Head of Enforcement, Joshua Ikioda, he said that the N3.6 trillion would be enough to complete the revival of the moribund Ajaokuta Steel Company in Kogi State, and capitalise over two million micro-businesses with N2 million each or 200,000 Small and Medium Enterprises (SMEs) with N20 million per SME.

Survival fund – At the rate of 20,000 each, the debts could feed the whole 200 million population of Nigeria, as a survival fund.

MSMEs support – The recovery can be driven to support 40 million small and medium scale enterprises at the rate of 100,000 each.