Twenty-six states in Nigeria pulled in no foreign investment in the whole of 2020, figures released by the National Bureau of Statistics has shown.  The report on capital importation captured the total foreign direct investment (FDI), foreign portfolio investment (FPI) and other types of investments into the country in the year 2020.

The total value of capital inflow for the year fell to $9.7 billion, from $24 billion in 2019, a decline of 59.7 percent and the lowest in at least four years. More foreign capital inflows came through “other investments”, followed by FDI and FPI, the report said.

Equities supplied the largest chunk of capital inflows, while the United Kingdom was the top source of capital investment in Nigeria in the year. 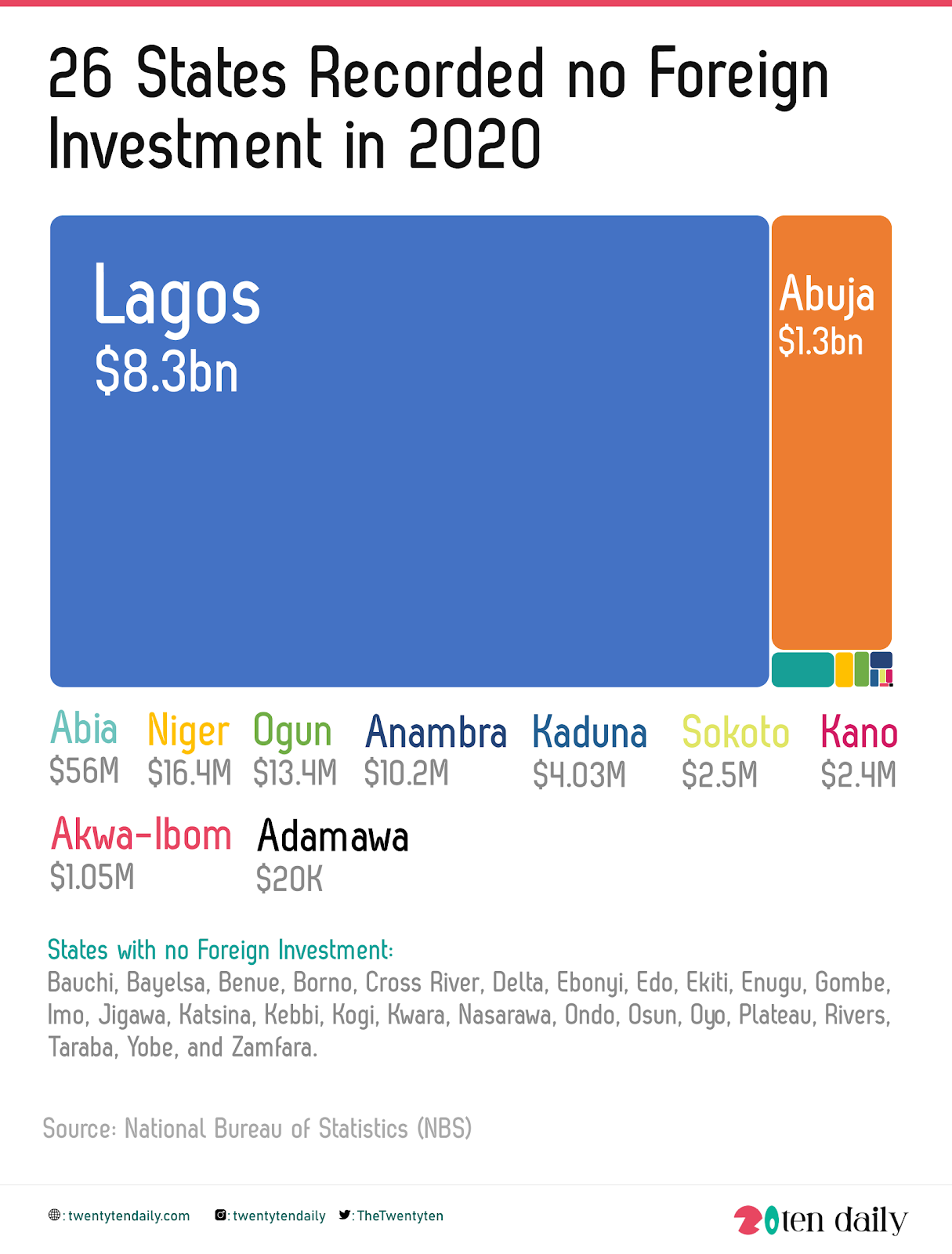 According to the report, by destination, Lagos was the top destination of capital investment in Nigeria with $8.3 billion while Abuja received $1.3 billion.  Others states on the list are Abia State with $56 million, Niger with $16.4 million, and Ogun with $13.4 million.