National Pension Commission has reported that the total pension assets under the Contributory Pension Scheme rose to N12.3tn in 2020. This is an N2.1 trillion increase when compared to 2019 which had N10.2tn.

According to PenCom N8.13 trillion of the funds was invested in Federal Government of Nigeria Bonds, while N858.46 billion and N92.91billion were invested in domestic and foreign ordinary shares respectively.

It also reported that N1.68 trillion and N161.39 billion were invested in local money market securities and mutual funds respectively. 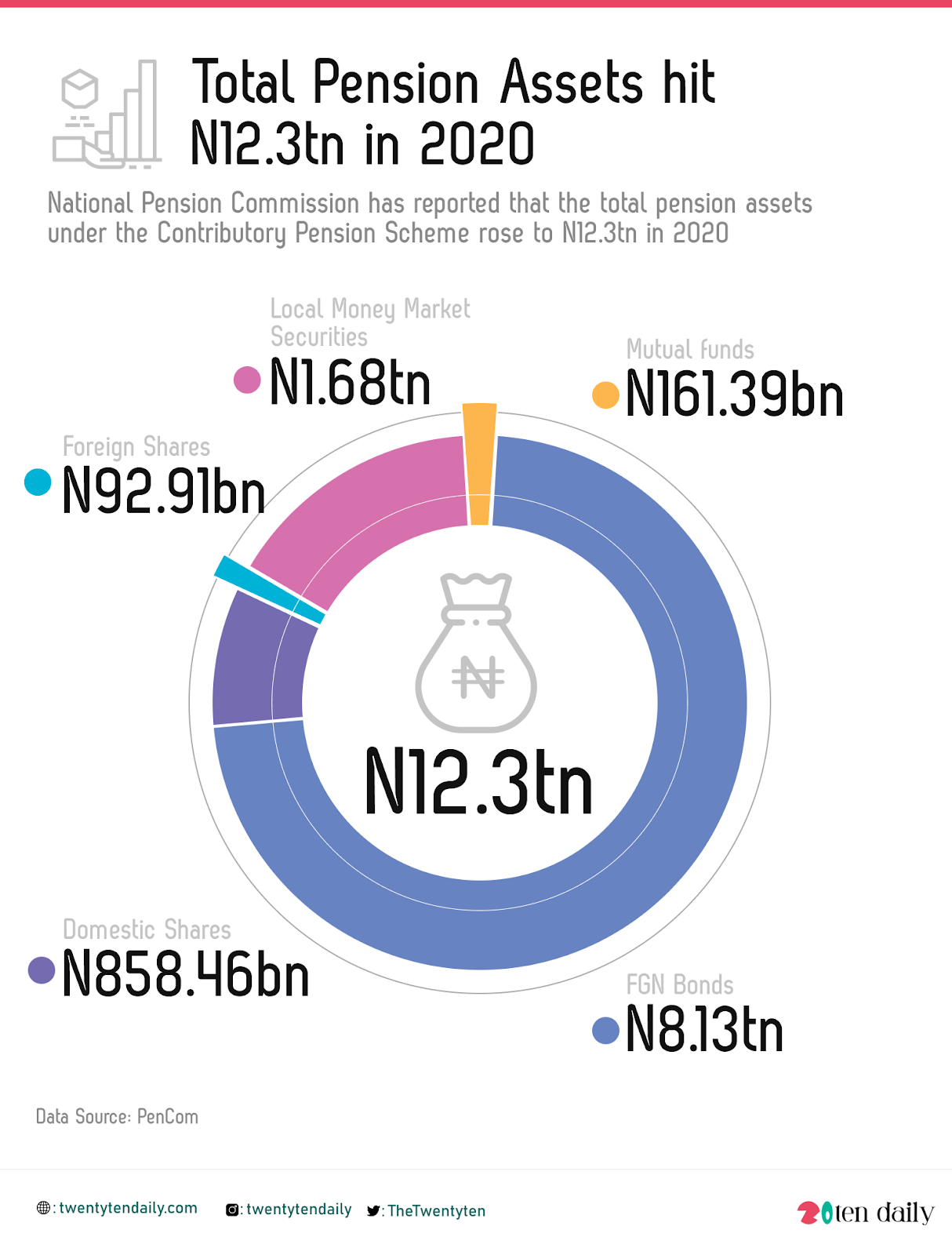 Meanwhile, PenCom has opened the transfer window to enable workers in the Contributory Pension Scheme to change their pension companies.

PenCom said RSA holders may transfer their accounts from one Pension Fund Administrator to another once in a year, in line with Section 13 of the Pension Reform Act 2014.