Buses queued by the side of the road to pick up passengers at Oshodi, One of the largest bus parks in Lagos. Oshodi, Lagos.

A report by the National Bureau of Statistics shows that the average price spent on transportation increased in December 2020. This increase might not be unconnected to the yuletide season which usually comes with the high cost of goods and services. 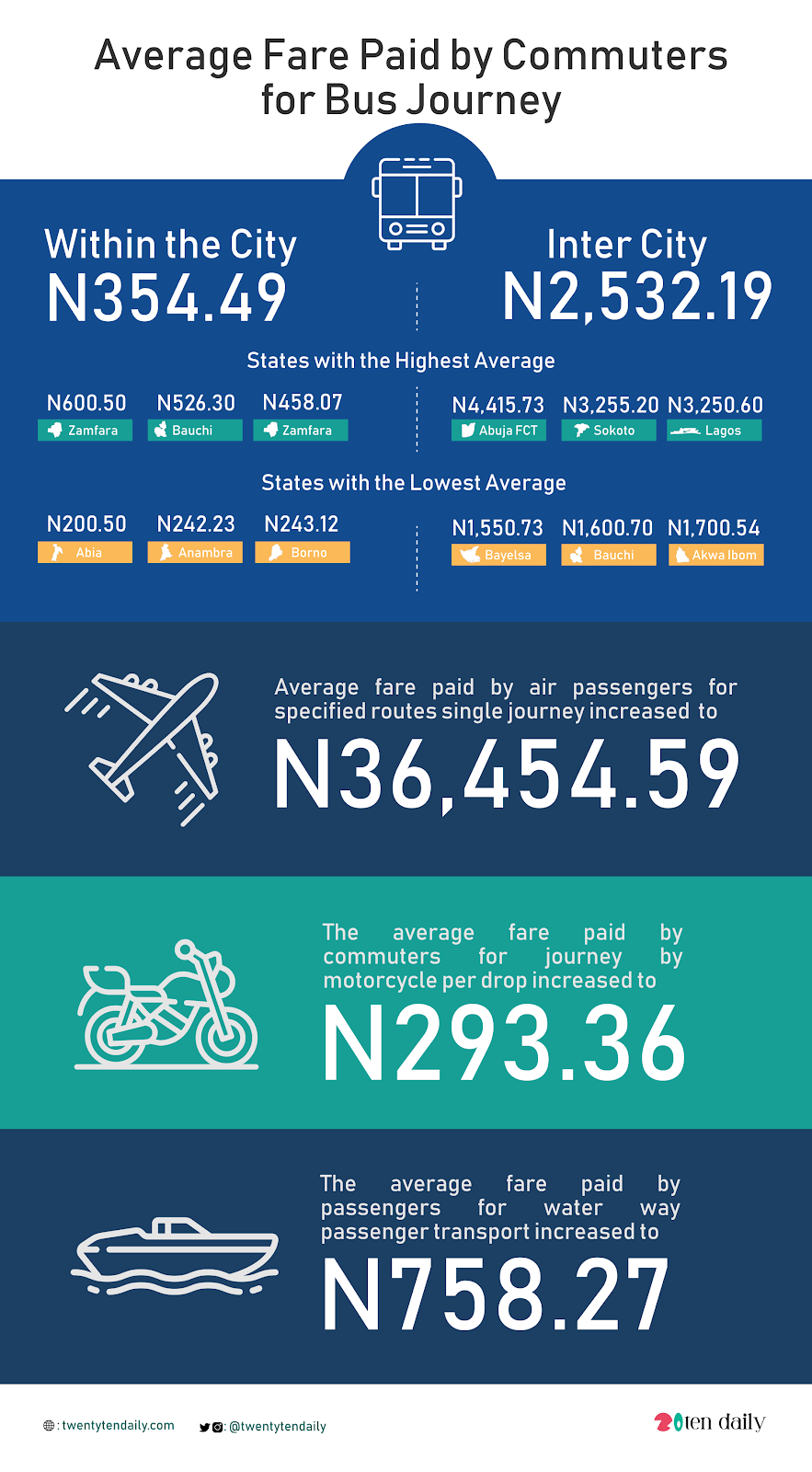