The average price paid by consumers for premium motor spirit (petrol) increased within twelve months in 2020. The National Bureau of Statistics in its latest report revealed that petrol was sold between a minimum of N130 and N167 from January to December 2020.

In the first quarter of the year in view, petrol was sold at an average price of N145. However,  the price decrease in the second quarter to N130. In the third quarter and fourth quarter, the price of petroleum increased to about N160and N165 respectively. 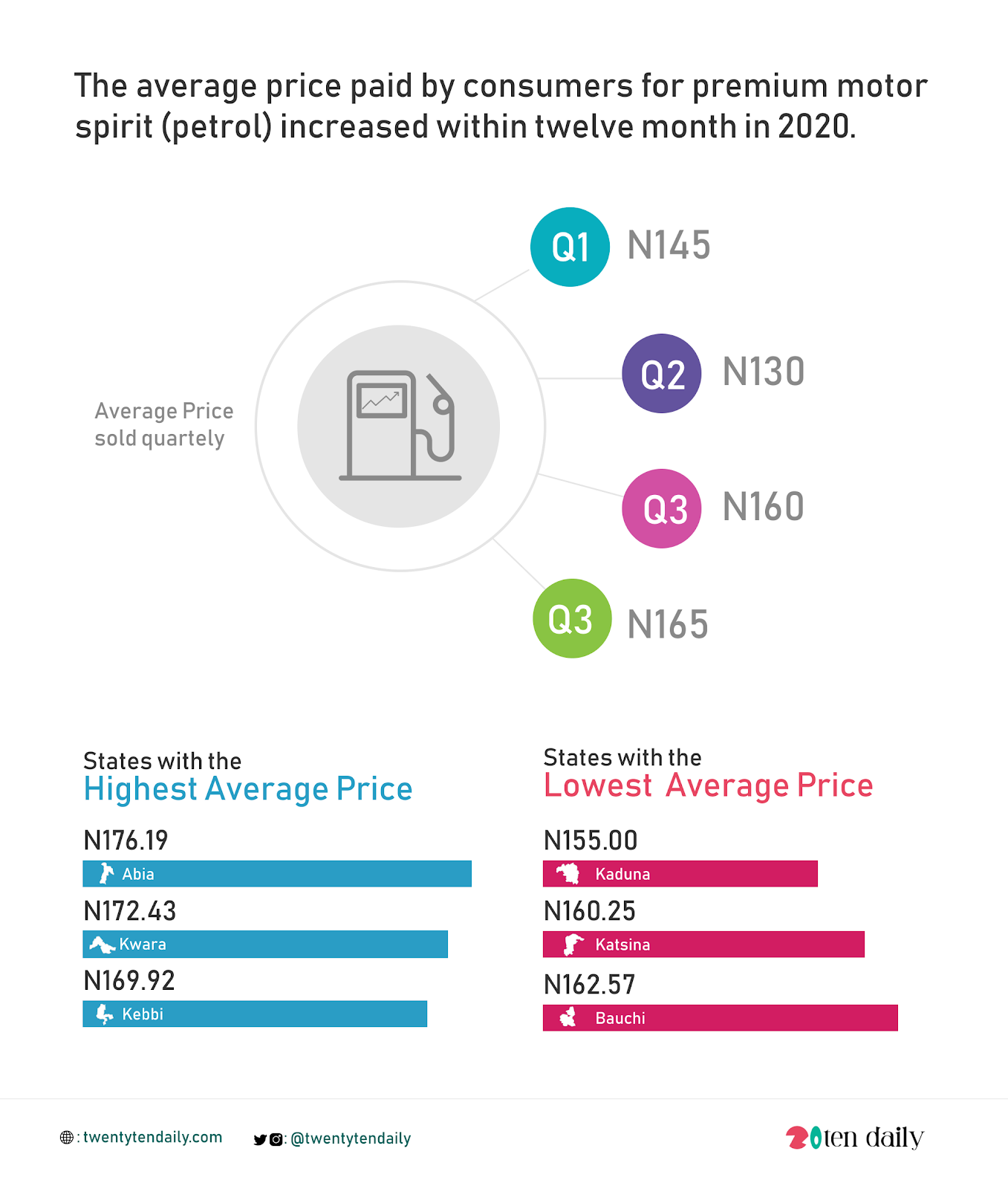