The National Bureau of Statistics in its latest report has said that the average price paid by consumers for automotive gas oil (diesel) increased by N224.37, 0.28 percent in December. According to the report, while the price increased month over month, it decreased by -2.37% year-on-year from N229.81 to N224.37. 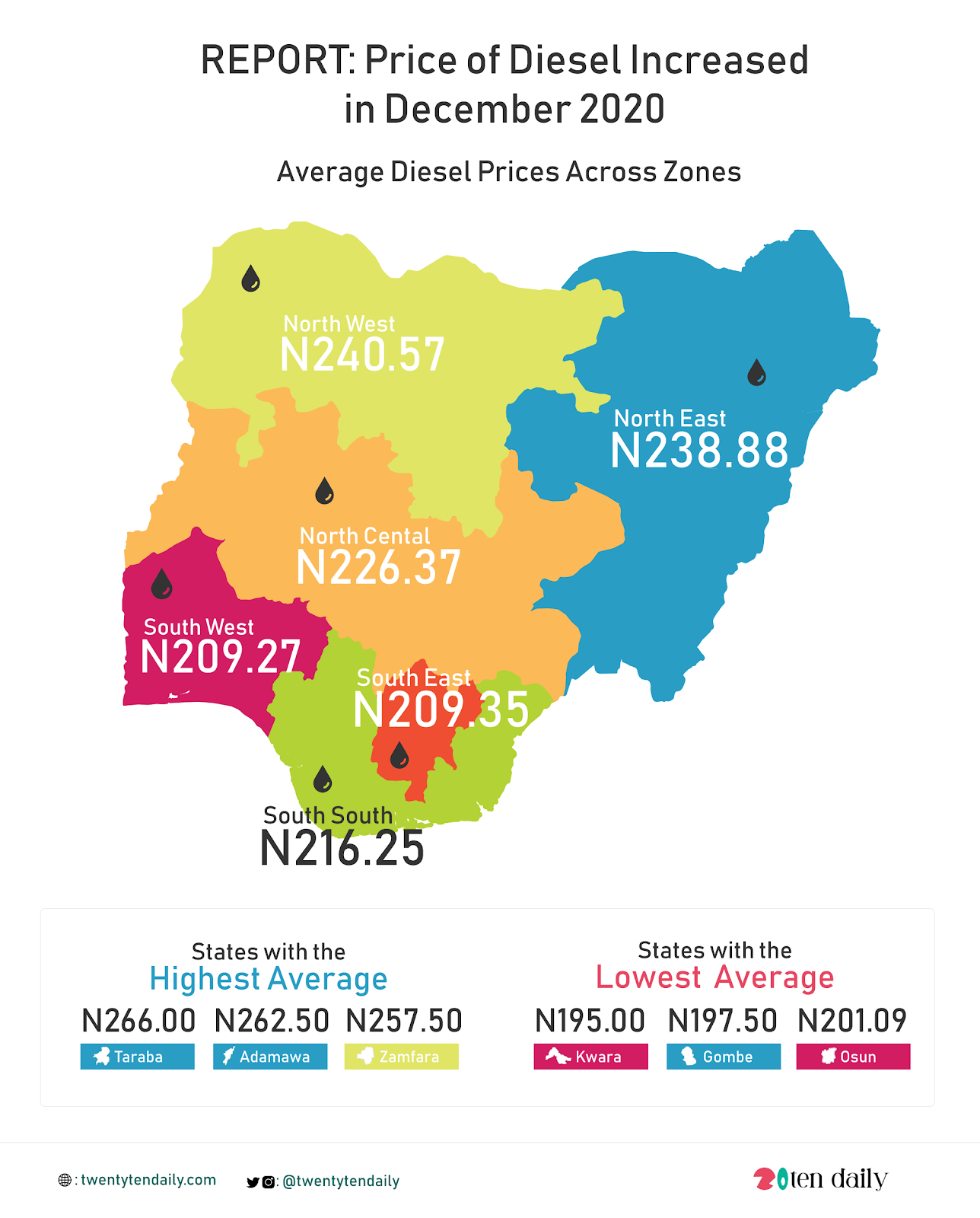 However, between January and December 2020, the prices of Diesel had fluctuated between N229 and N219.