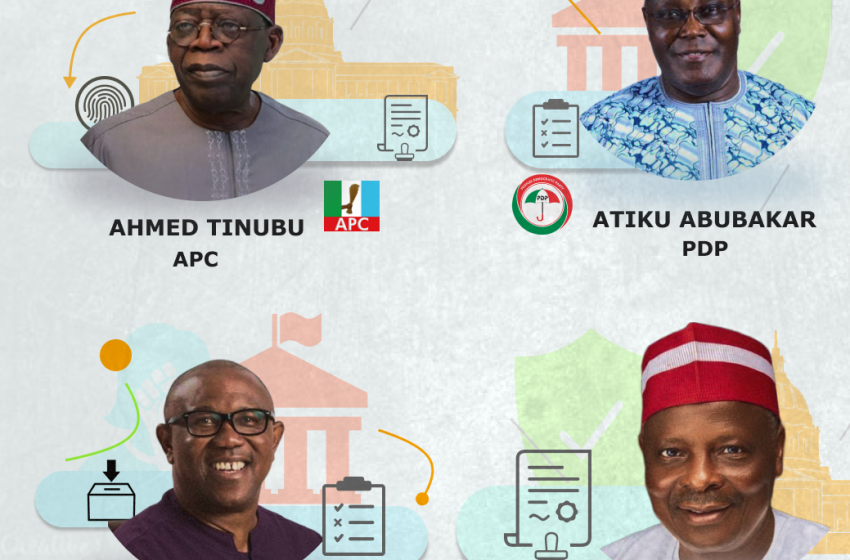 With over 29 years of experience decorating his political career, Asiwaju Bola Ahmed Tinubu, popularly known as Jagaban, would be lifting the All Progressives Congress’ flag to contend for the presidential seat in the coming elections.

Bola Tinubu was born in Lagos, Nigeria, to the illustrious Tinubu Family. He attended St. John’s Primary School, Aroloya, Lagos and Children’s Home School in Ibadan, before moving to America to earn a bachelor’s degree in Accounting in 1979. He attended the Richard J. Daley College in Chicago, Illinois and the Chicago State University.

Backed with an excellent degree, Tinubu secured high-placed jobs with American companies Arthur Andersen, Deloitte, Haskins, & Sells and GTE Services Corporation, before moving back to Nigeria in 1983 to take up a job role with Mobil Nigeria.

Bola is married to Oluremi Tinubu, the current senator of the Lagos Central senatorial district, and together, they have 6 adult kids.

Tinubu’s political career began with the Social Democratic Party in 1992 before moving on to win a seat in the senate, representing the Lagos West constituency in the short-lived Nigerian Third Republic.

In 1993, Tinubu became a founding member of the of the pro-democracy National Democratic Coalition, a group which mobilized support for the restoration of democracy and recognition of Moshood Abiola as winner of the 12 June election.

In 1999, he was elected Governor of Lagos State on the Alliance for Democracy ticket, going on to serve an eight-year tenure before handing power over to his party member Babatunde Fashola.

In 2009, Tinubu spearheaded the negotiations to form a “mega-party” capable of challenging the then ruling PDP. The mega party was formed in 2013 from the merger of Nigeria’s three biggest opposition parties – the Action Congress of Nigeria (ACN), the Congress for Progressive Change (CPC), the All Nigeria Peoples Party (ANPP), a faction of the All Progressives Grand Alliance (APGA) and the new PDP (nPDP), a faction of the then ruling People’s Democratic Party – and named the All Progressives Congress (APC).

In 2015, Tinubu watched his dreams come through when his party’s candidate, former military head of state, General Muhammadu Buhari, snatched victory, ending the sixteen year rule of the PDP and marking the first time in the history of Nigeria that an incumbent president lost to an opposition candidate.

His immense political knowledge and influence has again won him his party’s ticket to run for Presidency in the coming 2023 elections, but is it enough to win the hearts and the votes of the people?