Different reports show that millions of Nigerian children have no access to basic primary education owing to several challenges the country had faced in years. These challenges include insecurity, food scarcity or rising inflation, displacement due to violence or attacks and the rising challenge of a pandemic.

The United Nations International Children’s Emergency Fund said about 10.5 million of the country’s children aged 5-14 years are not in school adding that only 61 percent of 6-11 year-olds regularly attend primary school and only 35.6 percent of children aged 36-59 months receive early childhood education.

This statistics was linked to the increasing displacement and insecurities in the northeastern region of the country which subsequently led to destruction of class rooms, school environments and children being casualties of kidnapping. 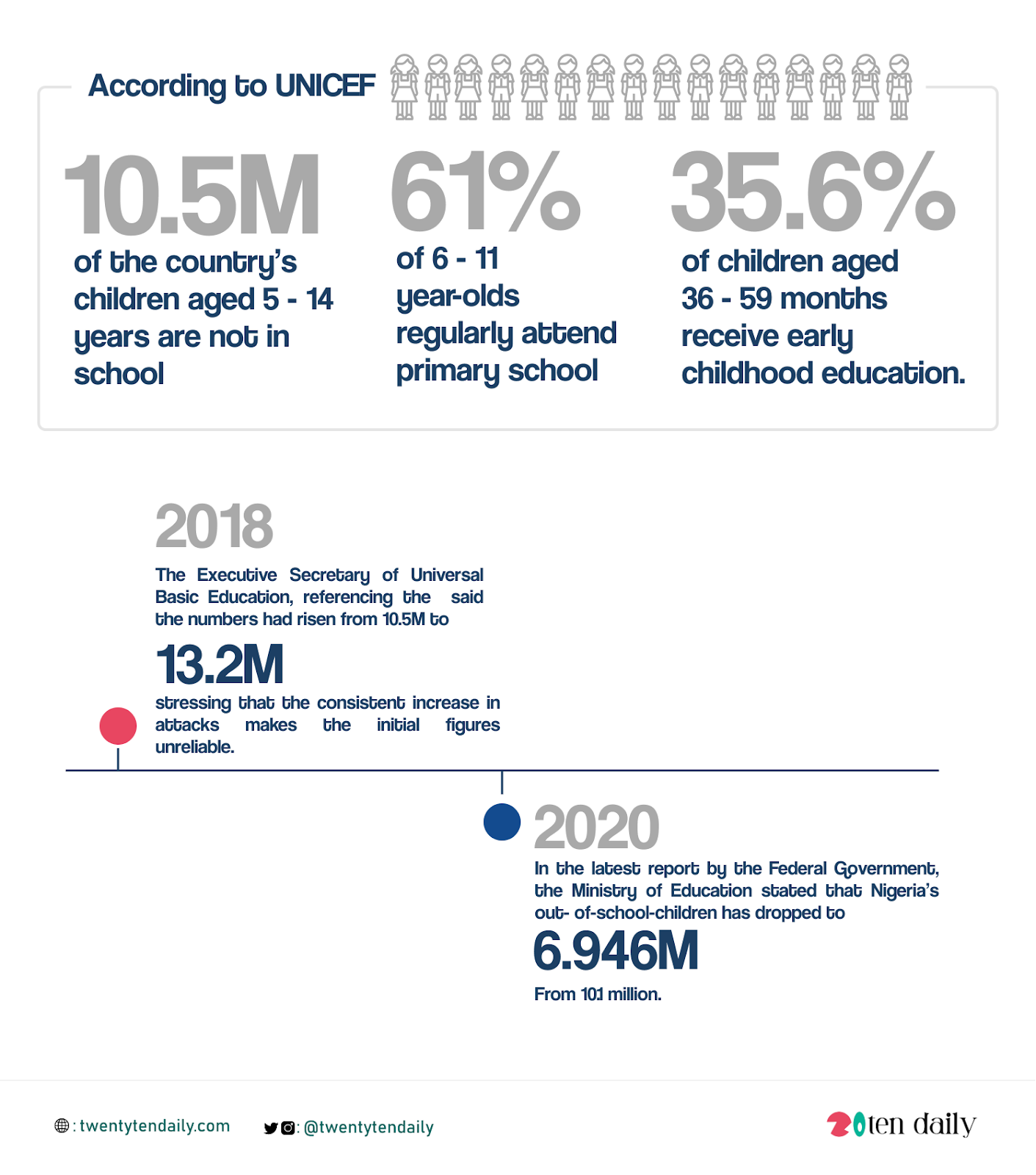 However, in 2018, the Executive Secretary of Universal Basic Education, referencing the Demographic Health Survey said the numbers had risen from 10.5 million to 13.2 million stressing that the consistent increase in attacks makes the initial figures unreliable.

After two years, while Nigeria, among other countries battled the coronavirus pandemic, the former president, Olusegun Obasanjo, in a virtual fellowship graduation ceremony, said the numbers had increased to 14million.

Obasanjo stressed that with the increasing numbers Nigerians youths must take up leadership positions to transform the education system adding that the children are deprived of opportunities that will allow them develop their abilities and become useful to themselves and their communities.

In the latest report by the Federal Government, the Ministry of Education stated that Nigeria’s out- of-school-children has dropped to 6.946 million from 10.1 million.

The Minister, Adamu Adamu, said the reduction followed a credit facility of $611 million from the World Bank secured to support Universal Basic Education (UBE), in seventeen states. He added that the money will be used to implement the Better Education Service Delivery For All in the entire 13states of the North West and North East.