The Nigerian National Petroleum Corporation spent the total sum of N49.68 billion to repair and manage pipelines from January to October 2020.

In its latest monthly report, NNPC published that a total of 363 vandalised points were recorded from January to October 2020. The corporation said it spent N5.48bn on pipeline repairs and management cost in January; N6.74bn in February; N7.69bn in March; N7.84bn in April; N7.99bn in May and N6.24bn in June.

Also, it spent N1.80bn in July; N1.49bn in August; and N4.41bn in October. No repairs and management cost was incurred in September, the report showed. 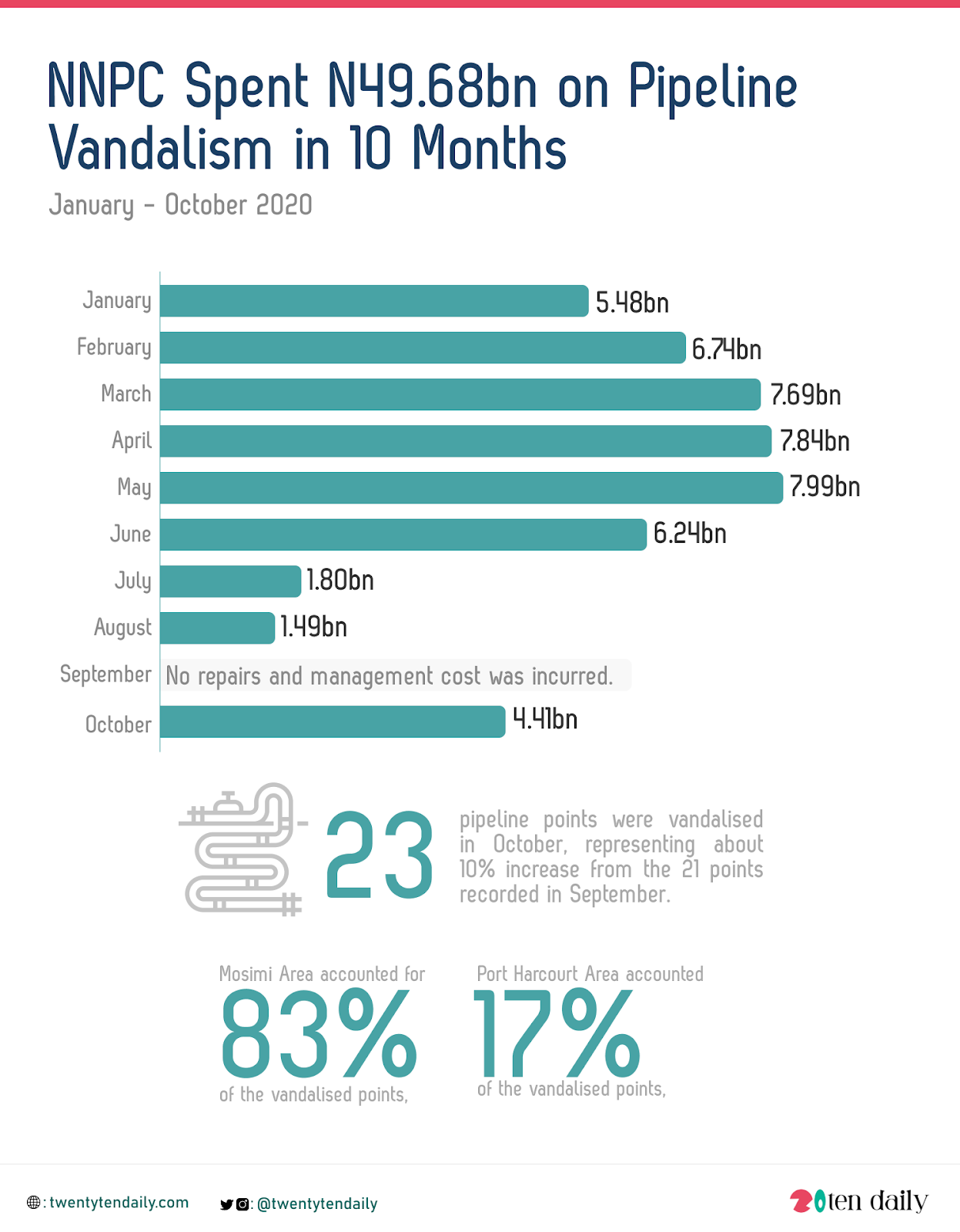 “Products theft and vandalism have continued to destroy value and put NNPC at a disadvantaged competitive position. Of this figure, Mosimi Area accounted for 83 per cent of the vandalised points while Port Harcourt Area accounted for the remaining 17 per cent.

NNPC, in collaboration with the local communities and other stakeholders, continuously strive to reduce and eventually eliminate this menace,” the NNPC said.

However, 23 pipeline points were vandalised in October, representing about 10 per cent increase from the 21 points recorded in September.