According to the Organisation of Petroleum Exporting Countries, OPEC, the average Nigeria’s oil output dropped Year-on-Year, by to 1.5 million barrels per day, mb/d (excluding condensate), in 2020. This, when compared, is a15 percent drop from 1.7mb/d recorded in the corresponding period of 2019. 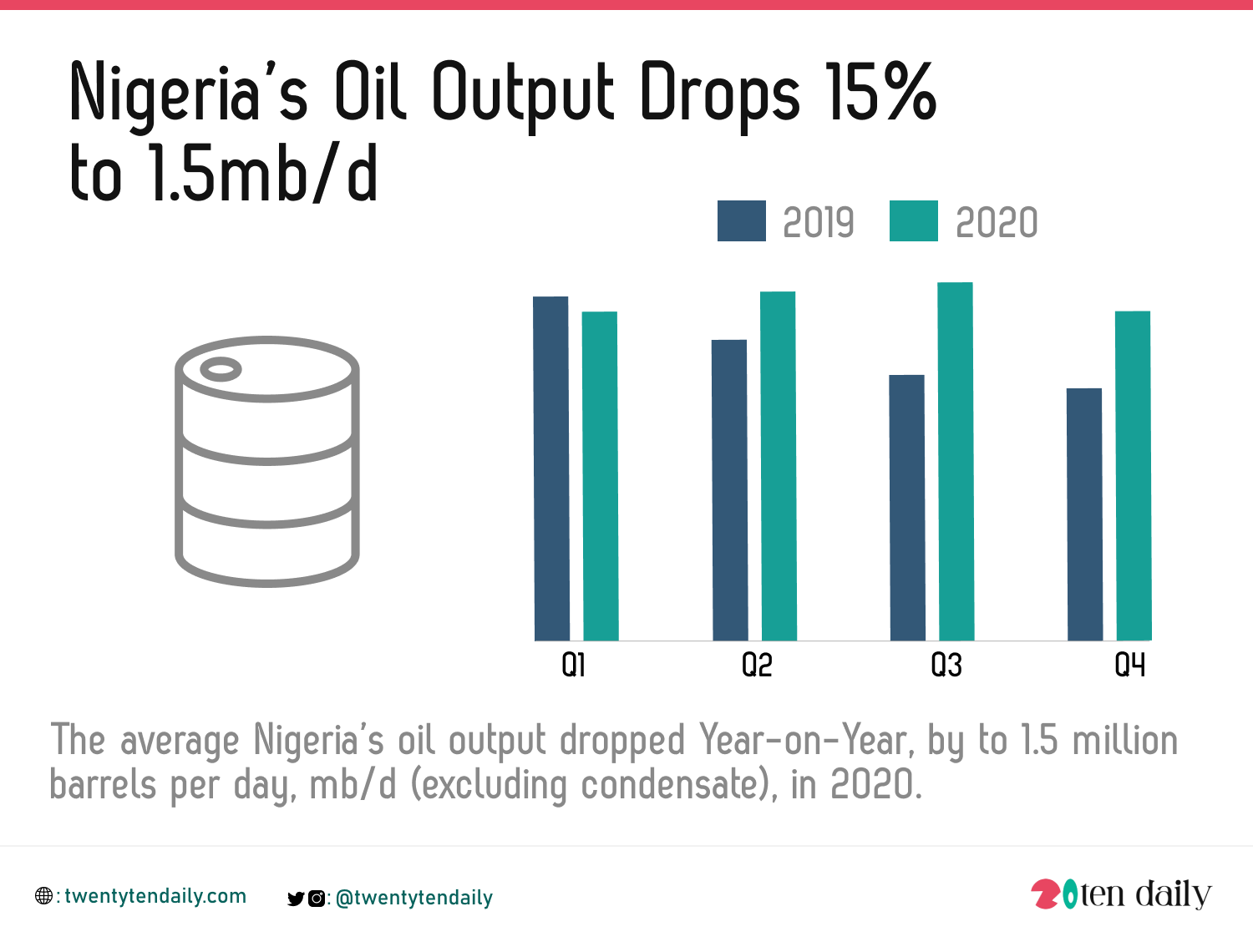 However, this means that the Federal Government might not be in a position to grow the nation’s Gross Domestic Product, GDP – the final value of the goods and services produced within a country during a specified period of time, normally a year – driven mainly by oil and gas, soon due to limited output and a relatively low oil price of its Bonny Light, currently standing at $54 per barrel.

With the high production quota of the Organisation of Petroleum Exporting Countries, OPEC, and equally high crude oil prices, which rose to $140 per barrel, in 2008, Nigeria was able to boost its GDP in the past but has not been able to do so in recent years.