The foreign capital flow into Nigeria reduced by more than half in 2020 to $9.68 billion.  According to the National Bureau of Statistics, it is the lowest level obtained in four years. 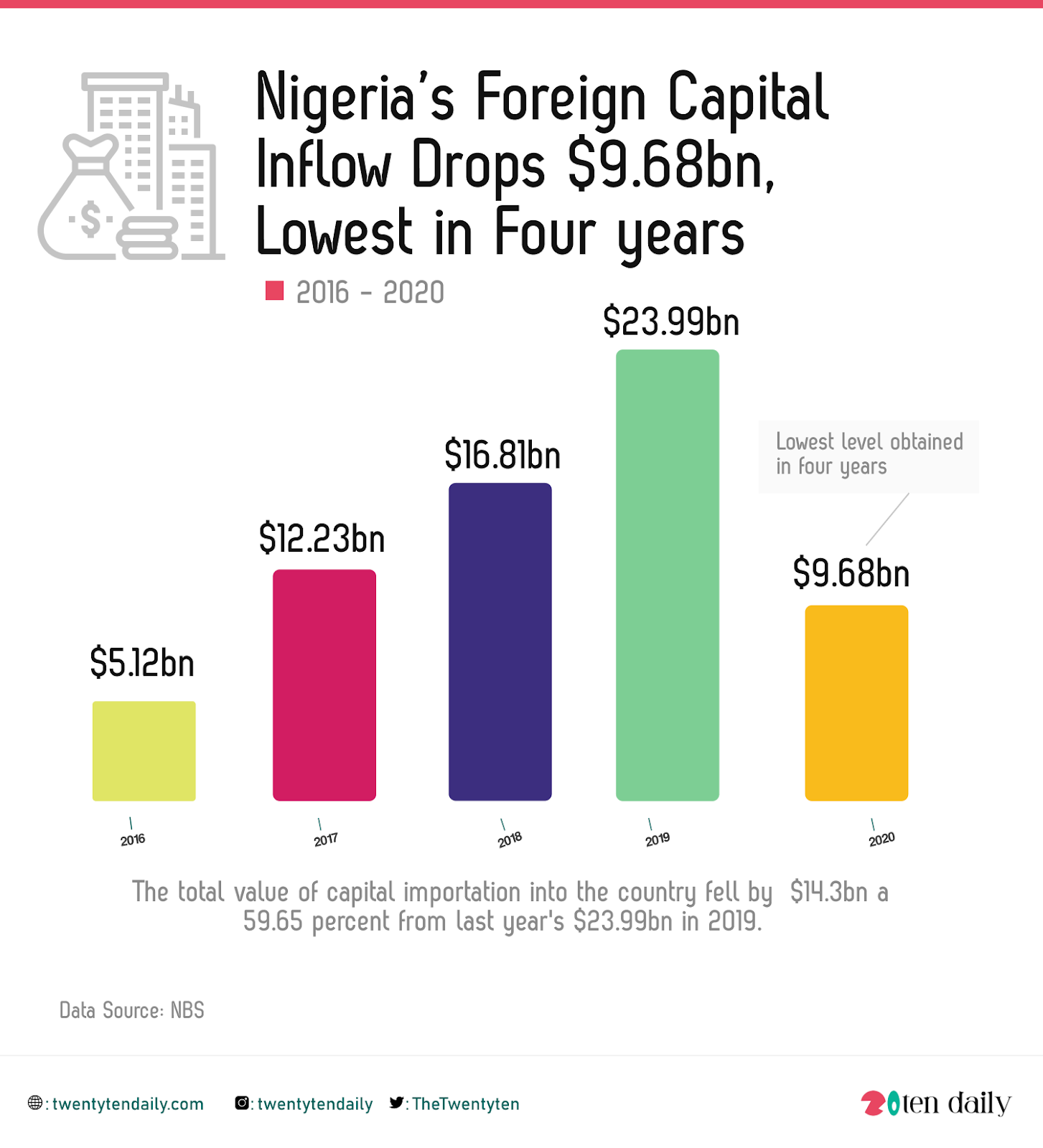 However, the United Kingdom emerged as the top source of capital investment in Nigeria in Q4 with $236.88m, accounting for 22.14 per cent of the total capital inflow.