The cost of servicing Nigeria’s public debt has increased by 88.8 percent in the third quarter of last year (Q3’20). The debt rose from N425.7 billion in Q2’20 to N803.69 billion. The amount was used to service the country’s debt stock of N32.22 trillion during the review period.

The report also shows that the external debt service fee, used to service the country’s foreign debt of N12.19 trillion during the quarter, rose by 77 percent to N199.5 billion in the third quarter from N112.9 billion in Q2’20. 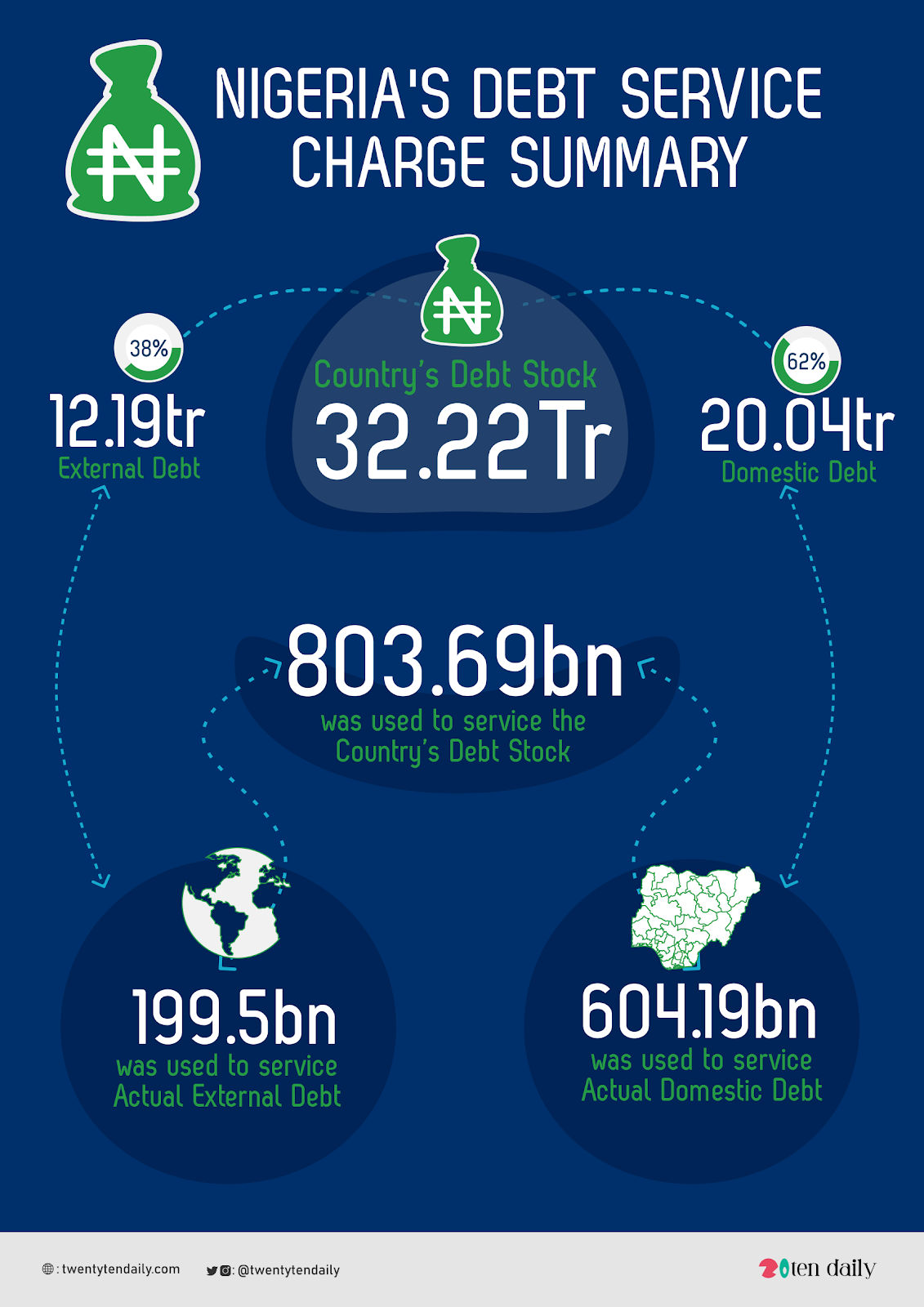