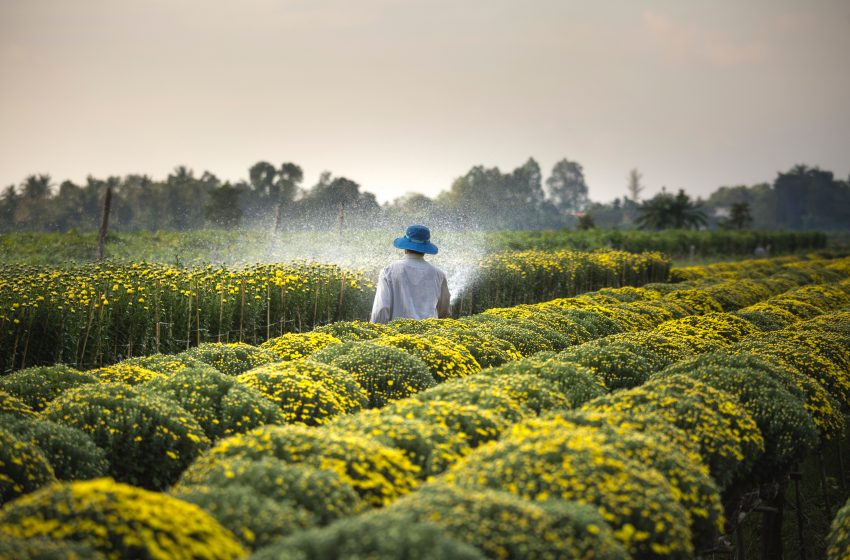 The Federal Government has recorded N817.35 billion trade in agricultural goods in the second quarter 2021.

A document, which was obtained from the National Bureau of Statistics Foreign Trade Statistics — Q2 2021, said there was N165.27 billion from export of agricultural goods while the import component of the trade N652.08 billion.

“The export component of this trade totaled N165.27billion while the import was valued at N652.08billion.”

Also, the data noted that the top most of these exported agricultural products were good fermented Nigerian Cocoa beans exported mainly to the Netherlands (N16.48 billion), Malaysia (N9.32billion) and United States (N8.41billion).

It revealed that the next leading product was cashew nuts, in shells exported to Vietnam (N33.54billion) and India (N3.24billion).

According to the NBS, the other major exports under this sector include Sesame seeds, whether or not broken, exported to Japan in the value of N7.28billion, China N7.14 billion and Coconuts N9.94 billion.

It said: “The next product imported under this category was Blue whitings from Russia (N27.23 billion) and Netherlands (N13.41billion). During the quarter, mackerel worth N9.61billion was imported from Netherlands and N4.91billion from Japan.There was also importation of Malt,not roasted from Belgium (N21.42 billion) and France (N4.48billion).

“Other major imports were Crude palm oil from Singapore in the value of N15.09billion and India N11.68 billion).”

On the solid minerals sector, the NBS said in terms of imports, Plasters of Calcined Gypsum were imported from Turkey and Egypt in values worth N8.35billion and N3.69 billion.

It added that during the period under review, there was importation of Gypsum anhydrite worth N7.78billion from Spain and Turkey N5.22 billion.

The report noted that others were other salt (including Crude Salt) worth N6.04 billion imported from Brazil.

It revealed that there was importation of Salt for human consumption (including table salt) from Namibia in the value worth N2.52billion and Granite, cut into a square or rectangular shape from China (N2.25billion).

“The export component of  this trade stood at N14.93 billion while the import was valued at N48.75billion.

“The leading exported mineral products were other cement exported to Niger Republic and Togo in values worth N3.12billion and N2.32billion. Another product under this sector was Zinc ores and Concentrates exported to China in the value worth N4.15 billion.”