A collection of data put together by StatiSense has placed Nigeria at 5th position in the ranking of African countries with the highest inflation rate in December 2020.

Statisense published that Nigeria’s 15.8 percent inflation rate comes behind Zimbabwe, Angola, Zambia and Ethiopia. According to the analysis, Zimbabwe had an inflation rate of 348.6 percent. This makes it the highest inflation rate recorded in Africa in December 2020. 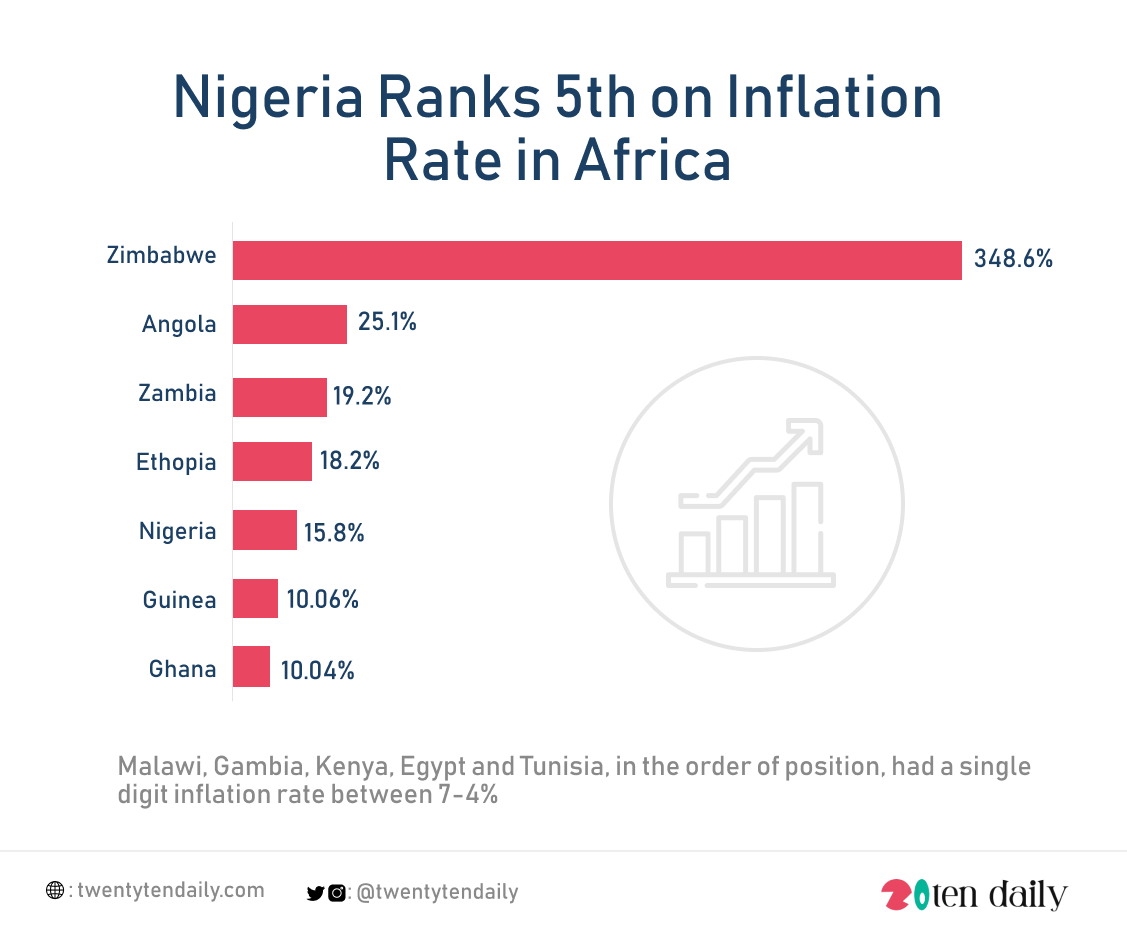 However, countries like Malawi, Gambia, Kenya, Egypt and Tunisia, in the order of position, had a single digit inflation rate between 7-4 percent.