A sum total of N1.409 trillion was earned by the Federal Government from Company Income Tax in 2020. This is according to a report released by the National Bureau of Statistics on the sectoral distribution of company income tax data. 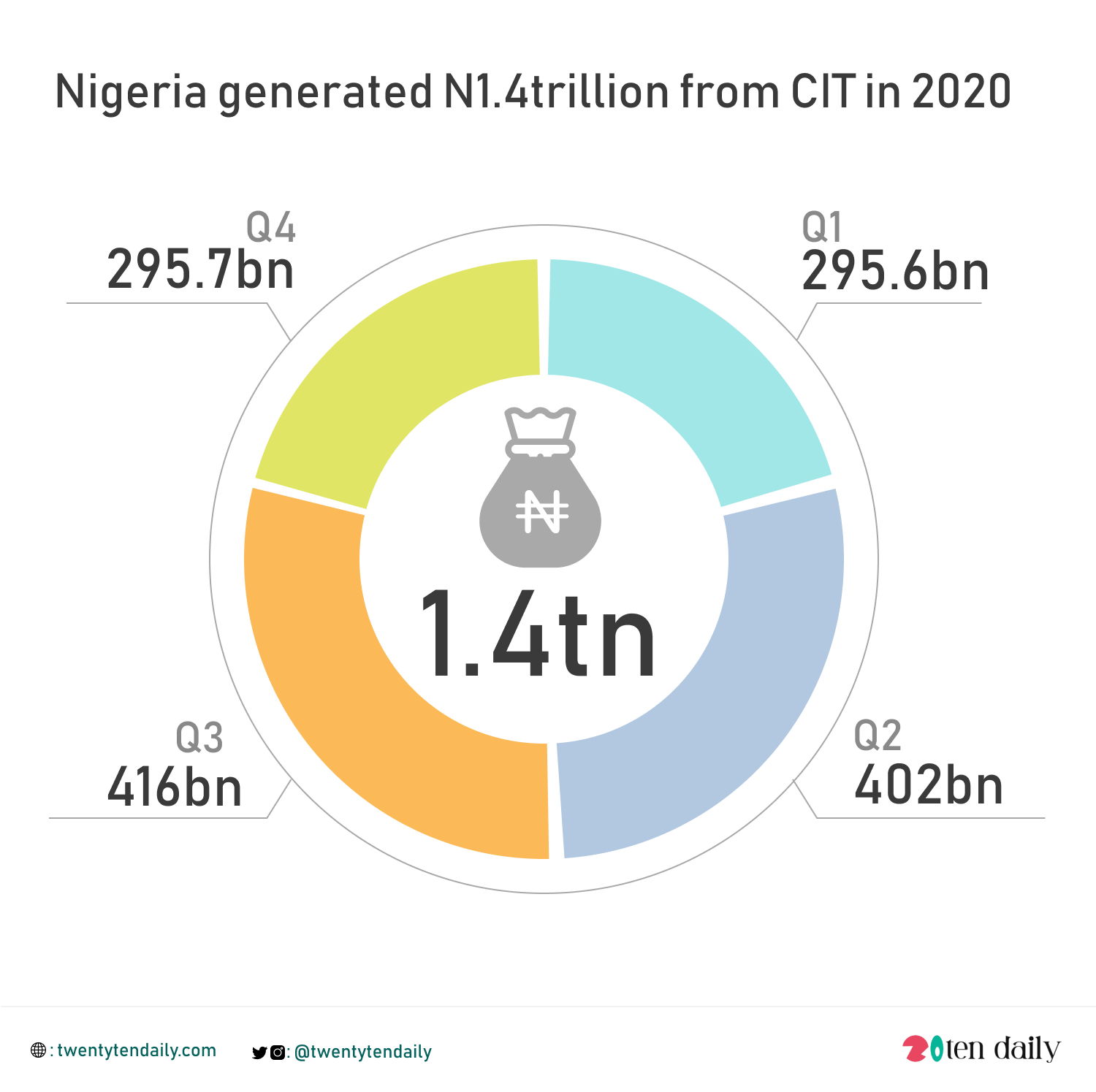 While the country had N295.6bn in the first quarter, its earnings increased to N402 bn in the second quarter and N416bn in the third quarter. There was however a significant drop to N295.7 bn in the fourth quarter to total the sum of N1.409 trillion generated for the year.