The Nigerian Electricity Regulatory Commission has announced that 62.63 percent of electric customers in Nigeria were under the estimated billing package as of September 2020.

The Commission disclosed this in its 2019 to the third quarter, 2020 Nigerian Electricity Supply Industry (NESI) Key Financial and Operational Data.

NERC said that metering for customers has been a continuous challenge so far stressing that Eko Electricity Distribution Company and Ikeja Electric Plc had metered over 50% of their customers. 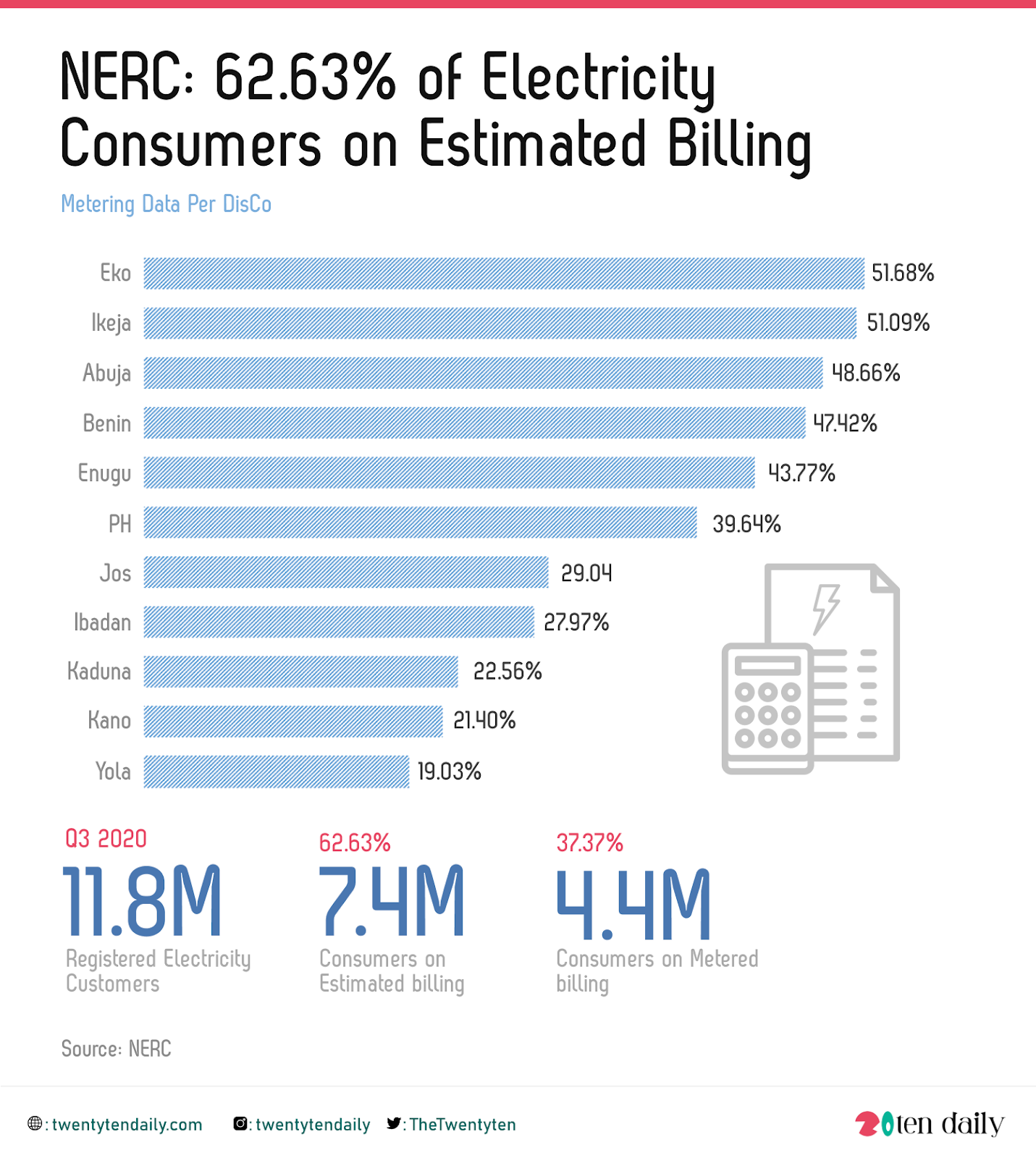 Recall that the Federal Government through NERC said that electricity consumers who paid for meters under the Meter Asset Provider (MAP) scheme, will have a refund of their money.

Under the MAP scheme, which took off on May 1, 2019, electricity consumers have two options for acquiring a meter: upfront payment or installment payments through metering service charge on a monthly basis.