Nigeria has appointed 10 army chiefs to guard the nation against insecurities since the handover into democratic governance in 1999 till date.

The Chief of Army Staff (COAS) is the highest ranking military officer of the Nigerian Army. This position is often occupied by the most senior commissioned officer following the appointment by the president of the country. The COAS becomes a member of the National Security Council with a tenure of two years in office.

In May 1999, Lieutenant-general Victor Malu was appointed as the Army Chief and Force Commander of the ECOMOG peace-keeping force in Liberia from 1996 to 1998. He left office in April 2001 (1 year, 11 months).

Malu was succeeded by Lieutenant-general Alexander Ogomudia in April 2001. He, however, retired from office in June 2003 (2 years, 2 months) and later became Chief of Defence Staff from June 2003 till June 2006. Lieutenant general Martin Luther Agwai took over from Ogomudia in June 2003 and left after three years in June 2006. 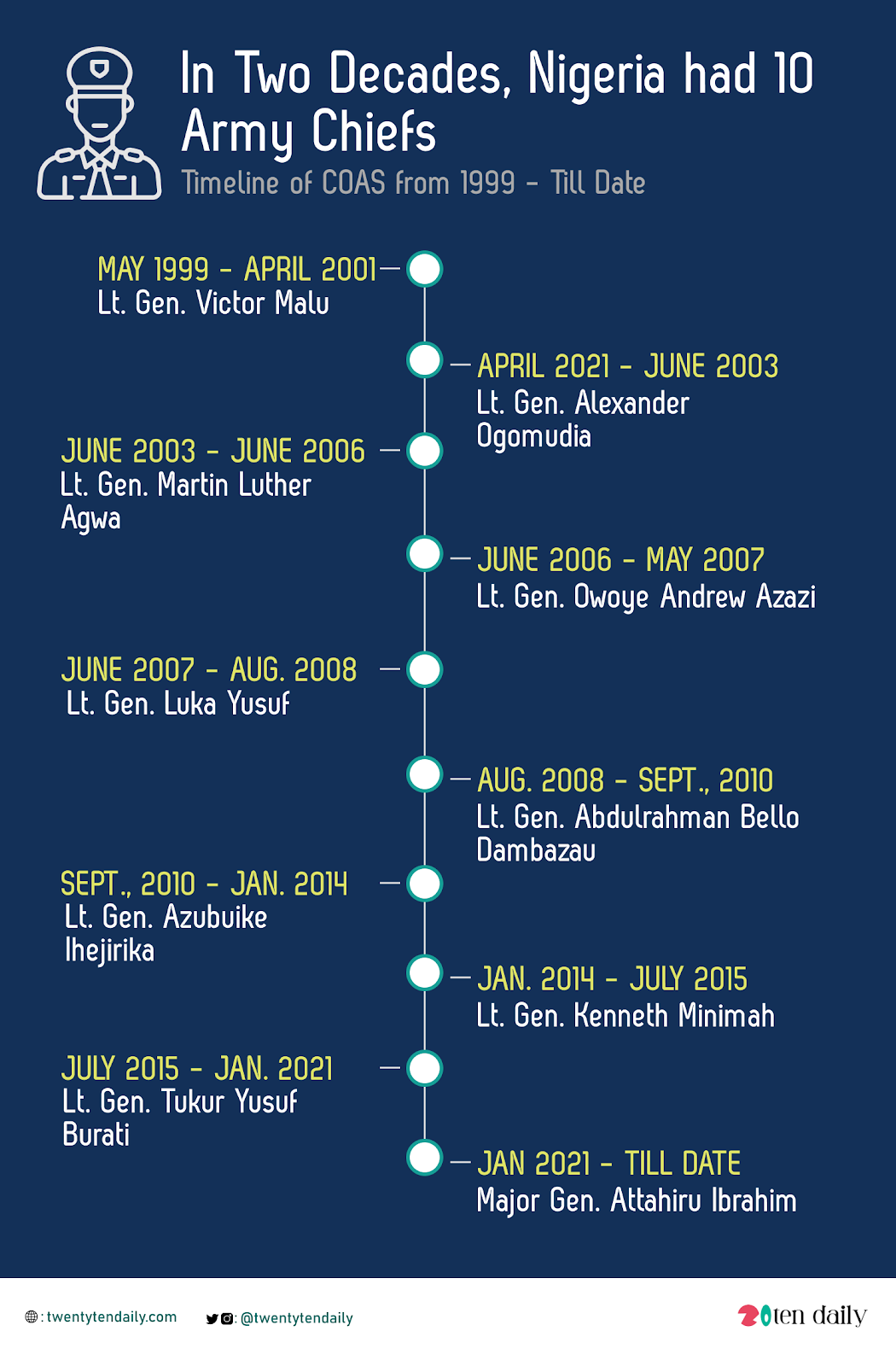 However, Lieutenant-general Tukur Yusuf Buratai took over in July 2015 and spent five years and 6 months in office. This was the longest period Army chief to have spent on the seat. He left office on the 26th January 2021 while Major general Attahiru Ibrahim was appointed by President Muhammad Buhari.