Within the last three years, the National Examination Council has consistently recorded thousands of candidates involved in several forms of malpractice.

While publishing the results of the 2020 Secondary School Certificate Examination, the council indicated that 33,470 candidates of 1.2 million candidates who wrote the exams were caught in different forms of malpractice. 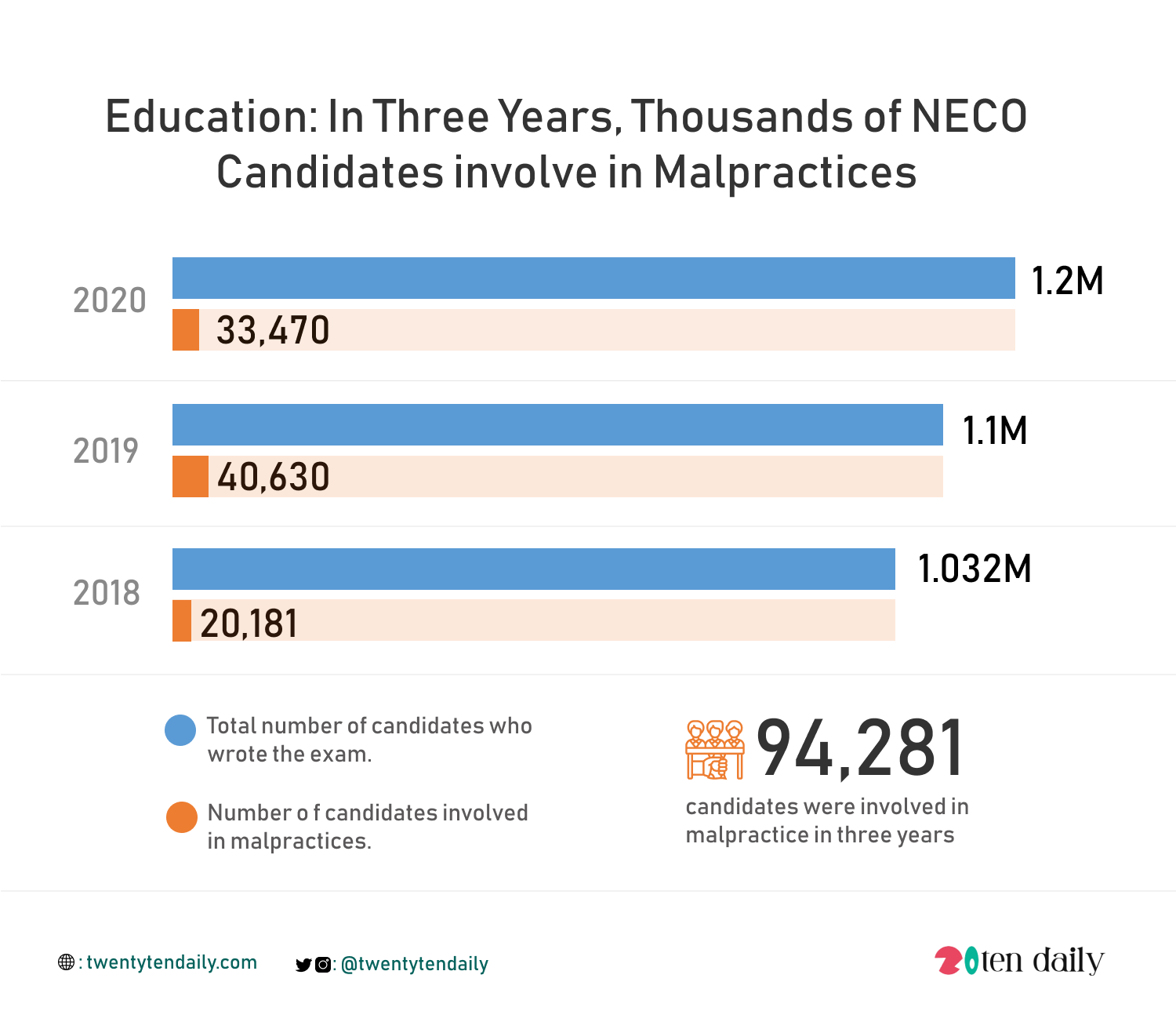 The council had in several reports reiterated its displeasure in the consistent recording of malpractices in examination centres. To combat this, the council sought for the assistance of the Department of State Security to check malpractices during the conduct of its examination.

This effort was to create an effective security system that would capture biometrics and check for impersonation. The council further requested that culprits be arrested, investigated and prosecuted according to the law.

However, with the involvement of the security unit, the records which barely dropped by 7000, appears to be a milestone success to eradicating malpractice in forthcoming examinations.