According to information obtained from the National Pension Commission, in six years, a total of 118,044 retirees have withdrawn N29.26bn from their Retirement Savings Accounts. These retirees have left the Contributory Pension Scheme because they had low balances in their accounts which could not be utilised as monthly stipends.

The affected retirees were those that their employers were deducting their pensions from their monthly emoluments but declined to remit the monies into the RSAs of the employees with their respective PFAs. They included federal, state and private retirees. Some of them were however foreigners who exited the CPS because they returned to their countries. 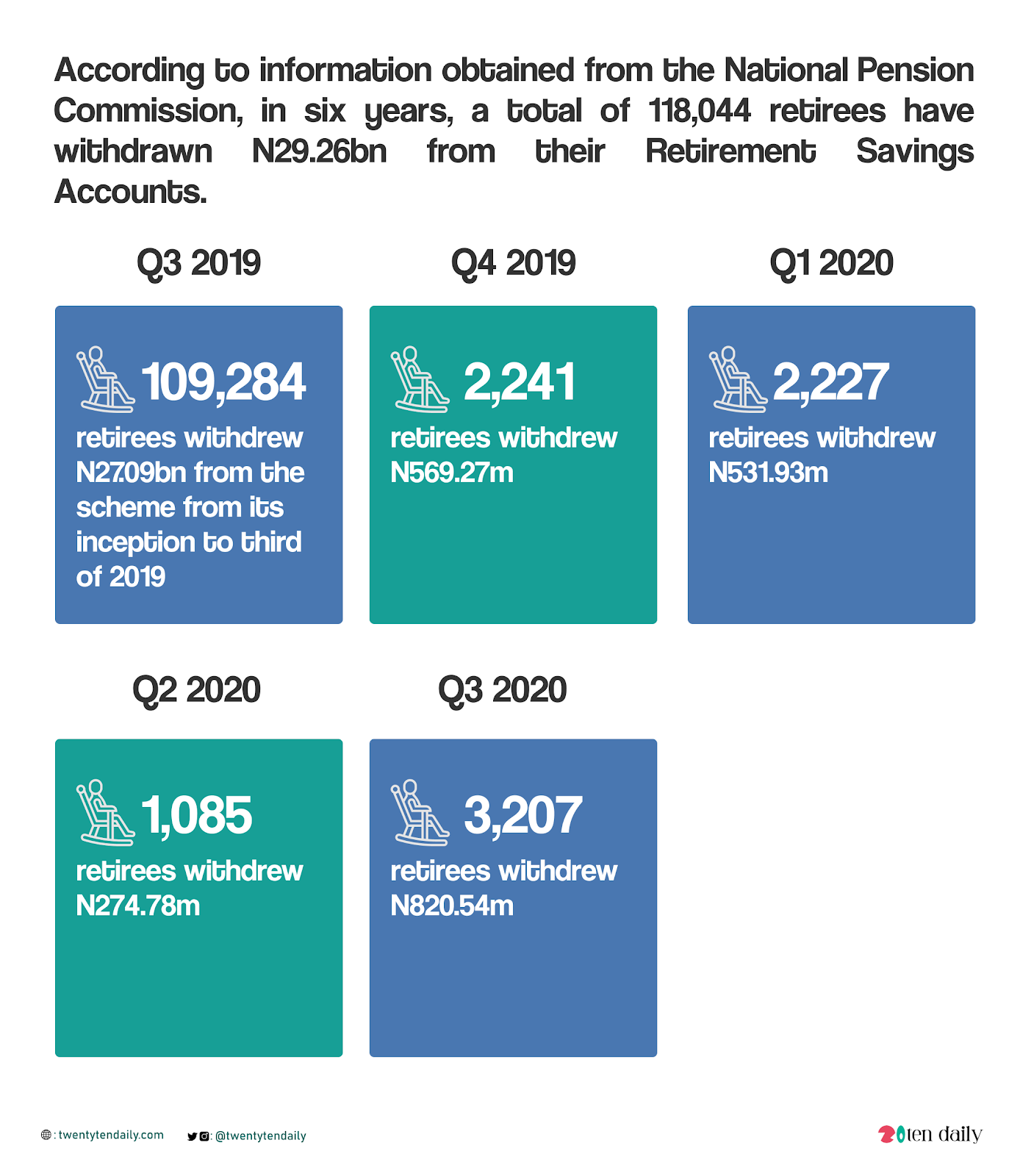 PenCom stated in its quarterly report, “The commission granted approval for the payment of the entire RSA balances of the categories of retirees whose RSA balances were N550,000 or below and considered insufficient to procure a programmed withdrawal or annuity of a reasonable amount over an expected lifespan.

“Approval was also granted for payment of RSA balances to foreign nationals who decided to return to their home countries after making contributions under the CPS.”