The Federal Government has generated a sum total of N1.531 trillion from Value Added Tax in 2020. This was disclosed in the latest report published by the National Bureau of Statistics on Sectoral distribution of Value Added Tax for the fourth quarter of 2020. 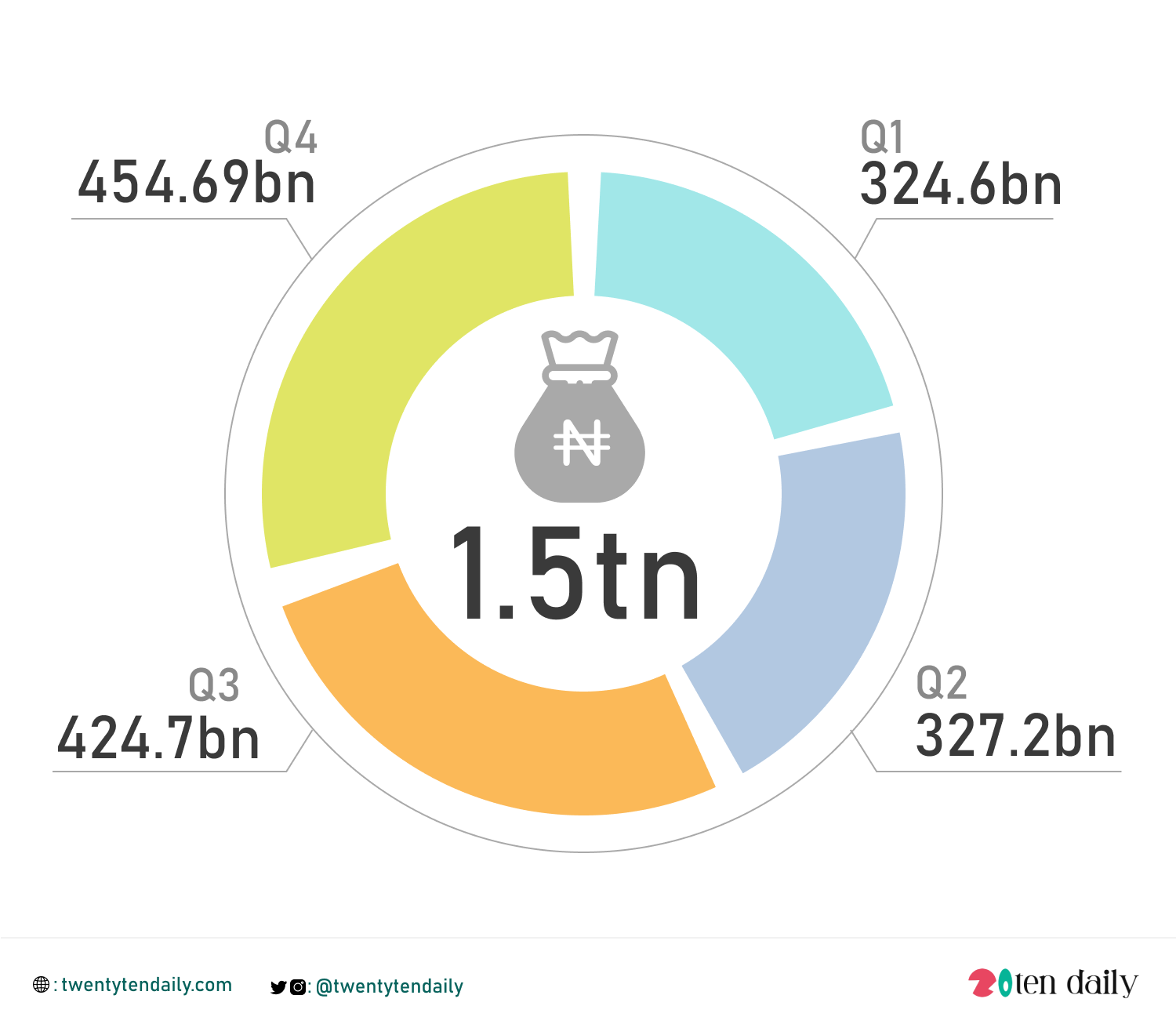