The sum total of N604 billion was disbursed by the Federation Account Allocation Committee to the three tiers of government in November 2020. This is according to the FAAC report for the month of November 2020, released by the National Bureau of Statistics (NBS).

According to the report, the monthly disbursement declined by 5.6 percent compared to N639.9 billion shared in October 2020. It is also 11.4 percent lower than N682.1 billion disbursed in September 2020. 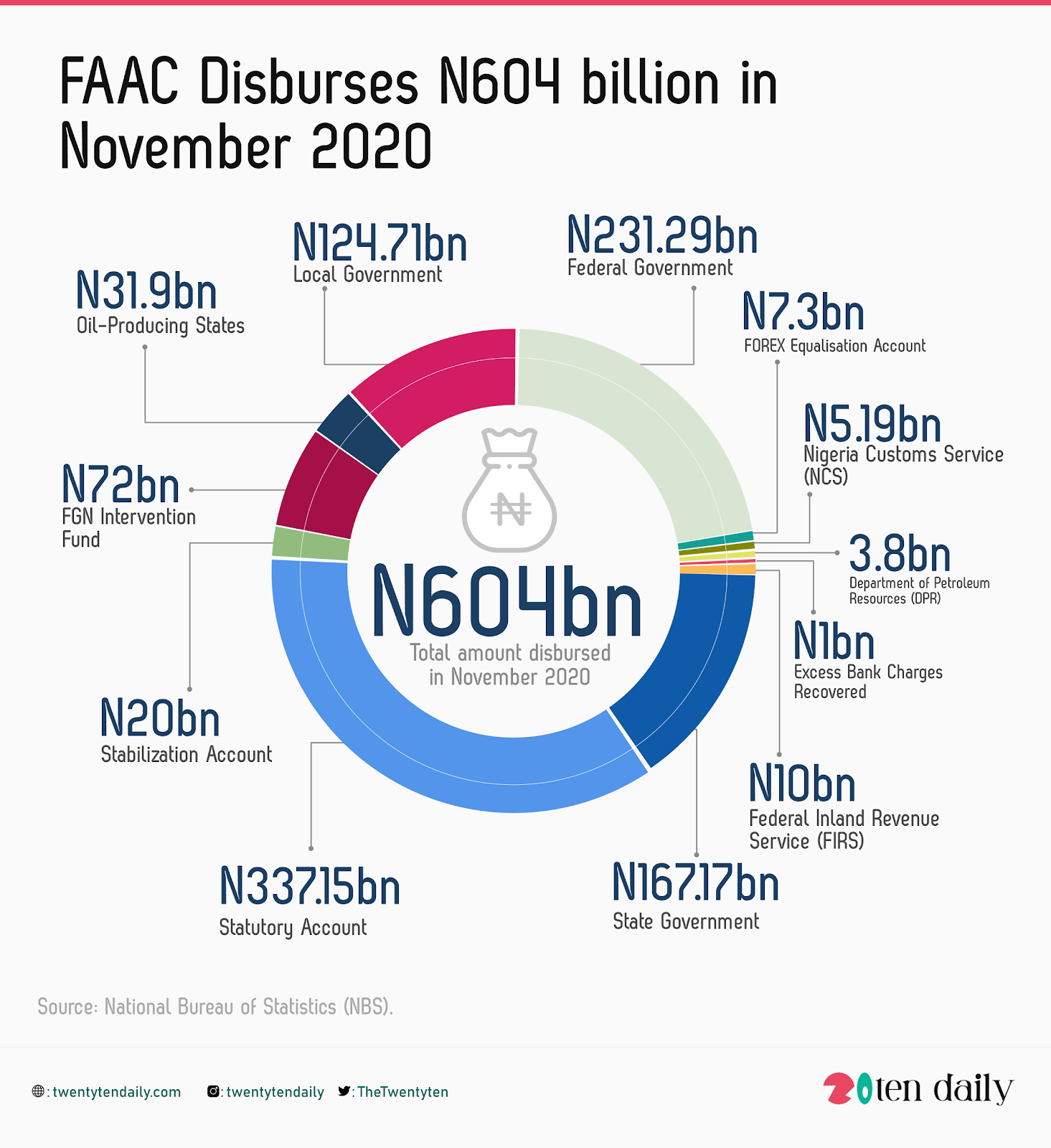 Of the N604 billion, the Federal Government received a sum of N231.29 billion, the States received a total of N167.17 billion and Local governments received N124.71 billion. Also, the sum of N31.90 billion was shared among the oil-producing states as a 13 percent derivation fund.

Further breakdown of revenue allocation distribution to the Federal Government of Nigeria (FGN) showed that the sum of N158.21 billion was disbursed to the FGN consolidated revenue account; N4.05 billion shared as share of derivation and ecology.

While a sum of N2.03 billion was disbursed as stabilization fund; N6.81 billion for the development of natural resources; and N5.18 billion to the Federal Capital Territory (FCT) Abuja.