Having spent his entire life surrounded by forest, Kyrien Ojong (52) considered no other business as good as farming in Bamba community, located in southern Nigeria. All of a sudden, elephants started eating all of his crops.

“When the gorillas entered my farm, they ate all my cocoa; both the ripe and unripe ones. They move in the park mostly during the harvest seasons and can destroy about 5 person farms at once”, Ojong told Climate Tracker.

Conservation initiatives have restored previously fragmented forests between Nigeria and Cameroon, in West Africa. However, as wildlife started moving along the forests with little buffer areas, farms were increasingly affected.

In most cases, it was the farmers themselves who expanded near forested areas, and at times even encroached protected land, experts said.

These clashes, however, can have deadly consequences for the animals. Ojong says he is often left with two options: either abandon his harvest of the season or hunt for any animal he finds on his farm.

Bamba community, located in eastern Boki, Cross River state, is surrounded by mountains and rainforest that extend far beyond Nigeria’s border to neighboring Cameroon. The forest is part of the Mbe mountains community wildlife sanctuary managed by nine landlord communities.

The forest is a sanctuary to animals like elephants,  gorillas, monkeys, and other aquatic species in the rivers.

Farmers like Ojong have been experiencing a poor harvest after the encounters. “Officials told us that the animals are attracted to our crops. My last cocoa harvest was just two bags after counting my losses. I used to get over five bags before from my farm”, Ojong recounted.

Michael Terungwa, the executive director of Global Initiative of Food Security and Ecosystem Preservation, said animals naturally migrate in search of food or continuous drought in their habitat, so conservation areas need to take that into account.

For Terungwa, understanding the pattern of these migrations and creating protected zones would reduce the hunting of these animals and interaction with humans. He added that this migration gives access to poaching, especially threatening the existence of those animals.

While locals in the community consider the conservation of the forest and species very important, the migration of wildlife into the community from neighboring countries also threatens their livelihood as farmers.

In order to be effective, conservation initiatives need to take into consideration the involvement in local communities, particularly in building capacities, a 2013 global study showed.

Feeding is a major reason wildlife can migrate beyond borders, farmers claimed. They said animals move, most times in packs, during the harvest season of cocoa, plantains, banana, bush mango, maize, and pear majorly planted in the community.

Ojong added that farmers have suffered the effects for over a decade but the impact gets worse by the year. He lamented that almost all farming infrastructures, very close to the forest areas, have been destroyed,  hence it was uneasy to place an estimate.

“From where we are standing, if you walk two kilometers into the forest, you are likely to meet an animal. That is how close they are to us. One can accidentally get trapped in their midst and that is why farmers are always careful during the harvest season”, he described.

On the contrary, the country’s program director of Wildlife Conservation Society, Andrew Dunn, told Climate Tracker that most of these invasions into farmland are sponsored by agricultural expansion into the existing animal habitat.

“Farmlands are expanding and encroaching onto existing animal habitat, and with shrinking areas of forest left for wildlife then conflict between wildlife and farmers is inevitable”, he stressed.

Dunn explained that the elephants are conserved in the state’s national park in Okwangwo but sometimes they move out into these farmlands in search for crops to feed on.

He, however, noted that while there are measures in place to restrict these movements, wildlife from border countries also cause damaging effects which are beyond the organization’s control.

Unlike Ojong, Benjamin Akwo, another farmer in the community, said he burns bushes at times, to keep animals away from farms. These practices, however, increase the risk of wildfires in the region.

“We know the impact of wildfire to the communities and how harmful it is to wildlife, but it appears like the only viable option for us”, he narrated while explaining his recent encounter with wildlife this year.

A hunter in the community who went by the name of Kennedy said that the animals arriving in the farms make them easier prey.

“I have killed two elephants, bush pigs, antelopes, and porcupine just by setting traps and shooting with my local gunpowder”, he said. With over 10 years of experience as a hunter, Kennedy said forest animals migrate more between April and November every year.

The hunter, however, claimed that, while he hunts as an alternative profession, there are illegal hunters– poachers– who go into the forest to kill wildfire because they are unemployed and have nothing to eat.

Climate change effects like rising temperature, increasing sea level, rainfall, and drought, which are changing the ecosystem of countries–sponsored by the need to feed, can make animals migrate from their shelter to another with less effect.

These effects, however, have created a threat to a lot of wildlife species putting them at disadvantage when they travel, especially, from one country to another. Migration to another environment might affect the pattern of behavior, reproduction, adaptation and life span of these animals.

In Nigeria, while there is a failed judicial system to hold wildlife poachers accountable, there is no remedy, according to residents in the Bamba community,  in place to lessen the effect of migration on farmers.

“We have had several non-governmental organizations come in to talk about conservation but this is a problem for us being that as we try to conserve these animals, the continuous migration destroys our crops leading us to start all over. They come at least twice a year”, Akwo told Climate Tracker.

However, Terungwa added that, while it is difficult for the government or agencies to control migrations of wildlife, the pattern of animal migration can be studied creating a system for conservation.

He added that this system will create a buffer zone and patches where these animals can move around, hence, reducing their encounter with human beings.

Beyond wildlife management, Bamba also struggles with poor infrastructures, lack of access to electricity, potable water and a good road network. Residents living within the community feed regularly from the forest, which in turn sponsors the illegal engagements in the forest.

Akwo told the reporter that three villagers had been killed by animals in the process of looking for what to eat.

Unlike other neighboring villages that suffer deforestation due to the illegal logging of timber wood, Akwo noted that conservation of the forest has been top priority in the community. Wildlife displacement however poses a new threat.

Meet The Third Cohort Of The ADH... 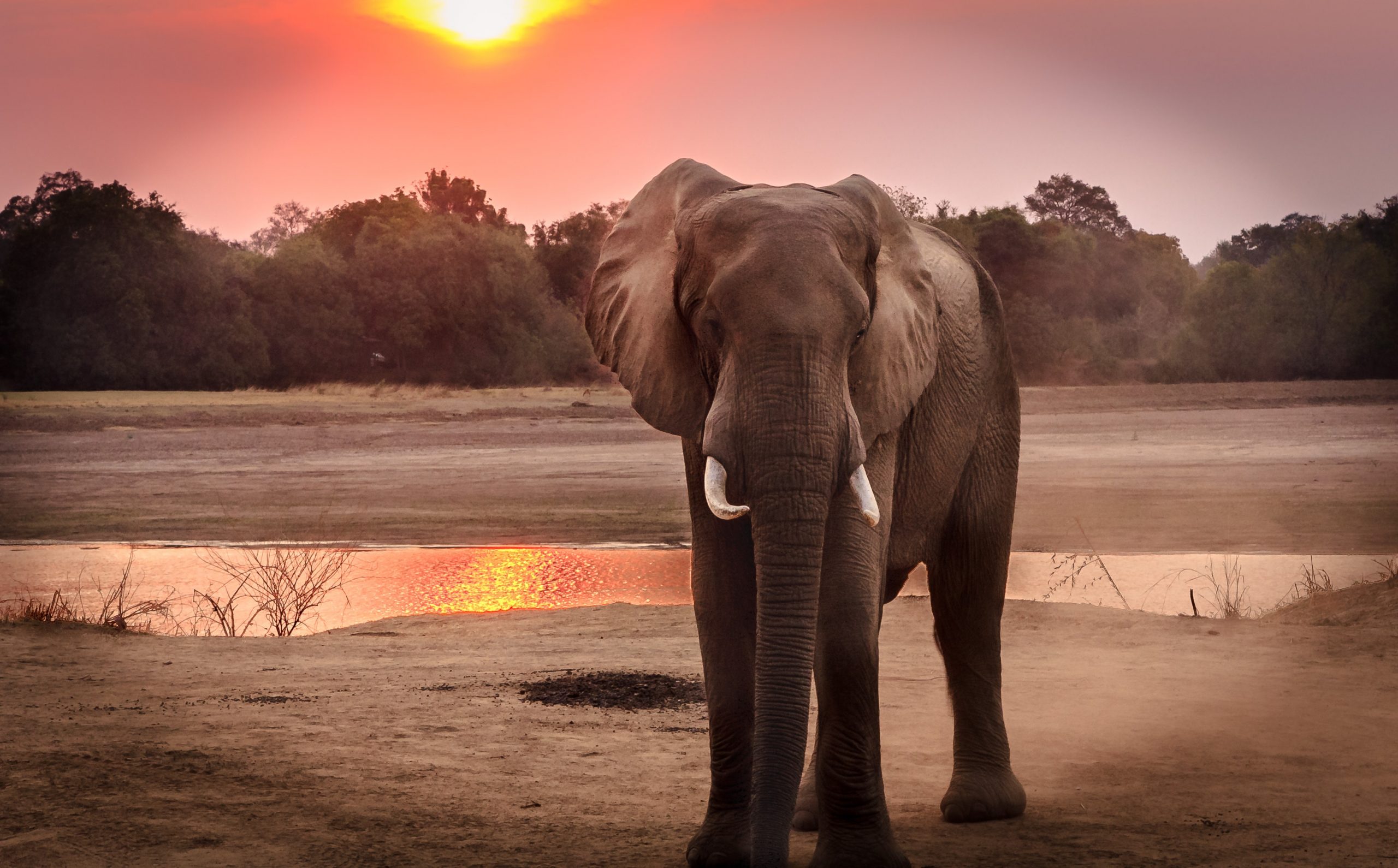 Kenya At The Peak Of The Worst...