The Presidential Task  Force in COVID-19 reported that 405 deaths have been recorded in two months, between November and January. PTF Chairman and Secretary to the Government of the Federation (SGF), Mr Boss Mustapha, said the fatality rate is 34 percent higher.

COVID-19-related deaths increased from 1,173 as of last November 29 to 1,578 on January 31. He said: “The global infections have exceeded 100 million, while fatalities have also crossed the two million mark. 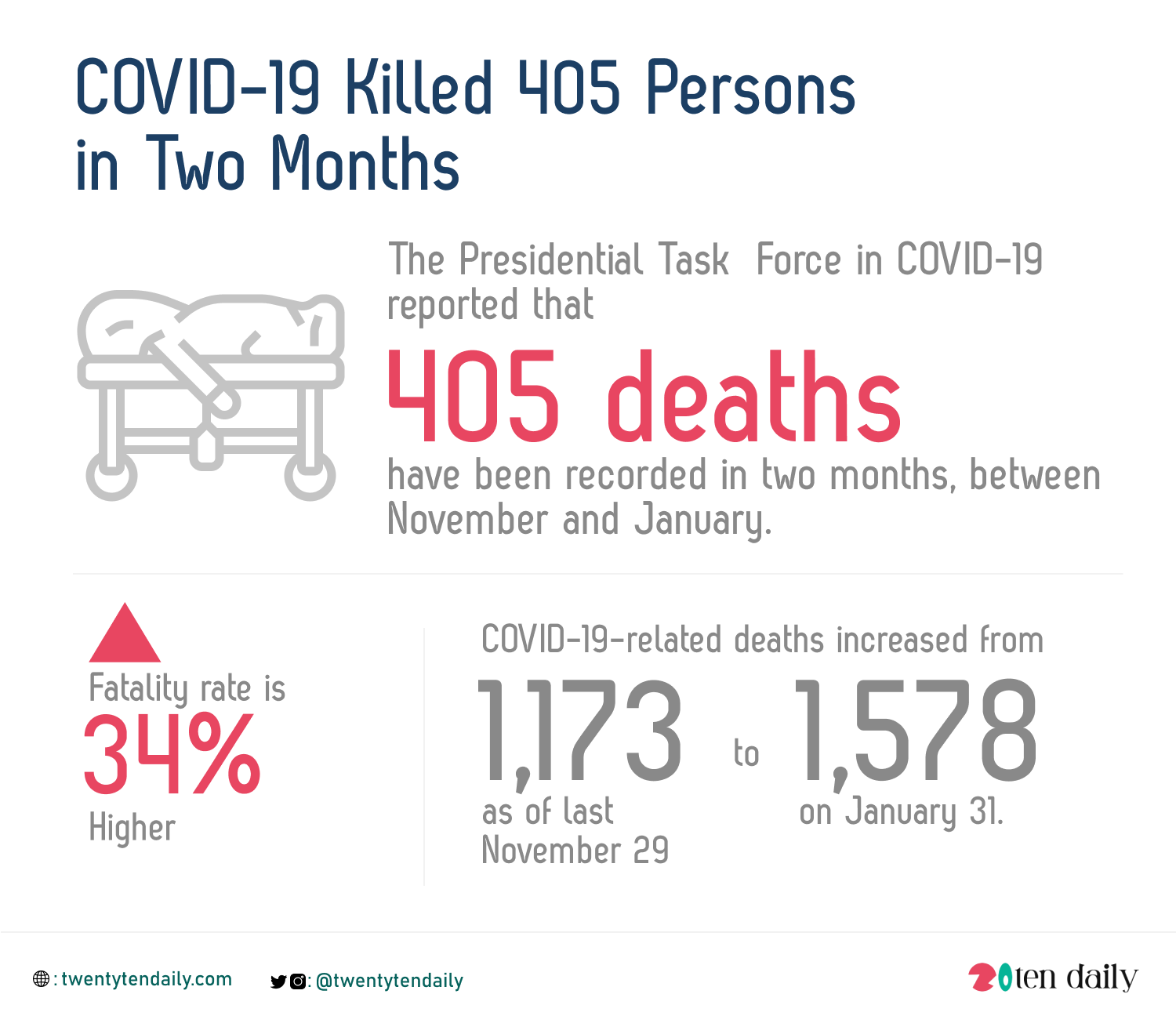 “Unfortunately, Nigeria, like the rest of the world, is now experiencing a more virulent second wave, which has increased the number of COVID-19 related deaths from 1,173 on November 29, 2020, to 1,578 on January 31, 2021, an increase of 34 per cent. The number of infections has also grown, tremendously.”

However, Nigeria has now surpassed over 130,000 cases confirmed in the country.