Within the period of one year, three months and twenty-eight days of land border closures by the Nigerian government, a move made to control illegal smuggling activities within the border regions, the prices of food products have risen by 5.13 percent with an inflation rate of 14.89 percent November 2020.

Findings from local traders, however, explained that basic food products like rice, beans, bread, oil, garri and other cooking ingredients almost doubled its amount within the border closure.

In August 2019, the President of Nigeria, Muhammadu Buhari, closed the land borders across the country to curtail the illegal importation of agricultural products, small arms and drugs by West African neighboring countries. Its effect was to promote consumption of locally made goods by Nigerian traders, farmers and producers.

This decision, however, generated mixed reaction among Nigeria producers and economic experts citing that the border closure cast a shadow over a landmark free trade agreement signed by 54 of Africa’s 55 countries; an initiative to remove continent’s trade barriers.

“These are difficult times for our community. There is danger in the rest (because) our gains are undermined by the closure of land borders to goods between Niger, Nigeria and Benin for six months now, (which) has a negative impact on the volume of intra-community trade for the years 2019 and 2020,” said the chairman of the ECOWAS commission, Ivorian Jean-Claude Kassi Brou. 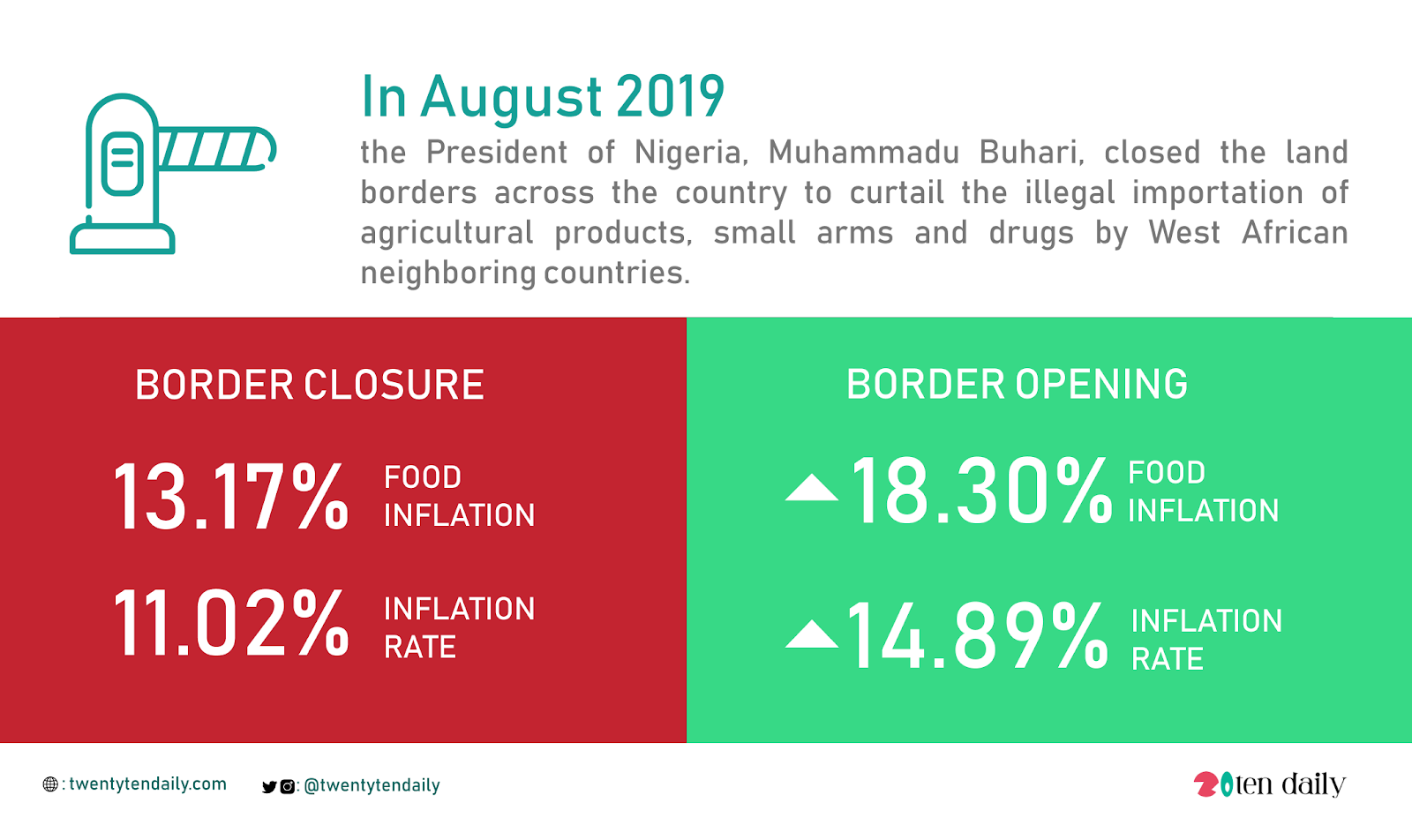 At the announcement of the border closure, the food inflation stood at 13.17 percent with an inflation rate of 11.02 percent, a 0.06 percent drop from July in the same year, the National Bureau of Statistics reported.

Unexpectedly, the effect was felt on the country’s economy after its peak of 11.98 percent in December 2019, a 0.96 percent within four months of the closure. Two months after, Nigeria was hit by the deadly coronavirus pandemic which forced the government to close down operations to contain the spread of the virus.

Worried about the periodical increase, the president in September banned the importation of fertilizers, ordering the Central Bank of Nigeria, CBN, not to release the country’s foreign reserve for food and fertilizer importation; a decision that triggered reactions from economists and marketers.