Data obtained from Nigeria Security Tracker has shown that a total of 34,579 Nigerians have died as a result of the insecurity threat posed by the jihadist group, Boko Haram.

The group, said to have begun its insurgent attack on the Nigeria government in 2009, is known for extinguishing several Nigerians, ethnic group, farmers from their shelters, burning down national and international buildings, as well as kidnapping both adults and children. Most violent operations and attacks were carried out in the Northern region as the Islamic militants took their seige in Sambisa forest.

The Nigeria Security Tracker (NST), a project of the Council on Foreign Relations’ Africa program, documents and maps violence in Nigeria that is motivated by political, economic, or social grievances.

“The data starts with May 29, 2011, the date of Goodluck Jonathan’s inauguration as president. It was an event that highlighted the increasing bifurcation of the country on regional and religious lines. 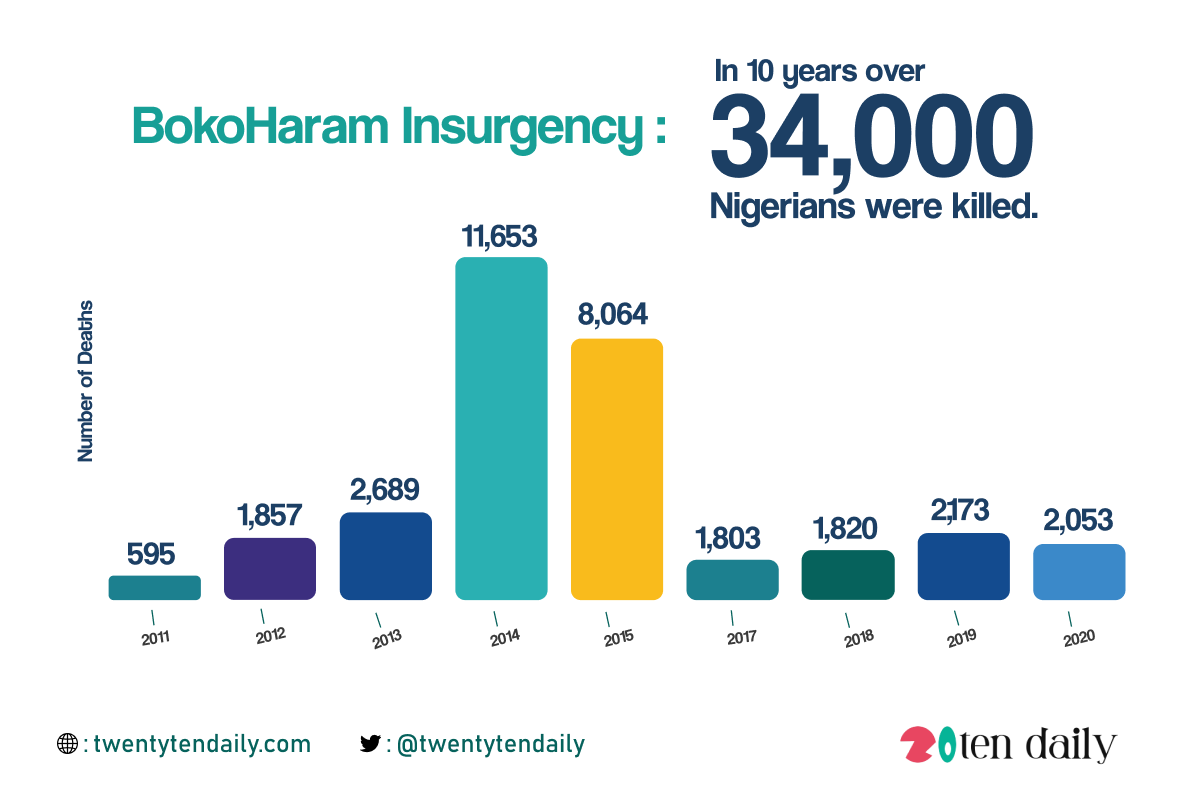 “The Nigeria Security Tracker (NST) tracks violence that is both causal and symptomatic of Nigeria’s political instability and citizen alienation. The data is based on weekly surveys of Nigerian and international media.

“The data starts with May 29, 2011, the date of Goodluck Jonathan’s inauguration as president. It was an event that highlighted the increasing bifurcation of the country on regional and religious lines. The NST is updated weekly.”