The average number of cases are recorded 1210 per day. At the beginning of the week, 1114 cases were recorded on Friday. This subsequently rose to 1883 cases on Saturday. However, the confirmed cases dropped to its lowest record in the year following 685 and 676 reported on Sunday and Monday respectively. 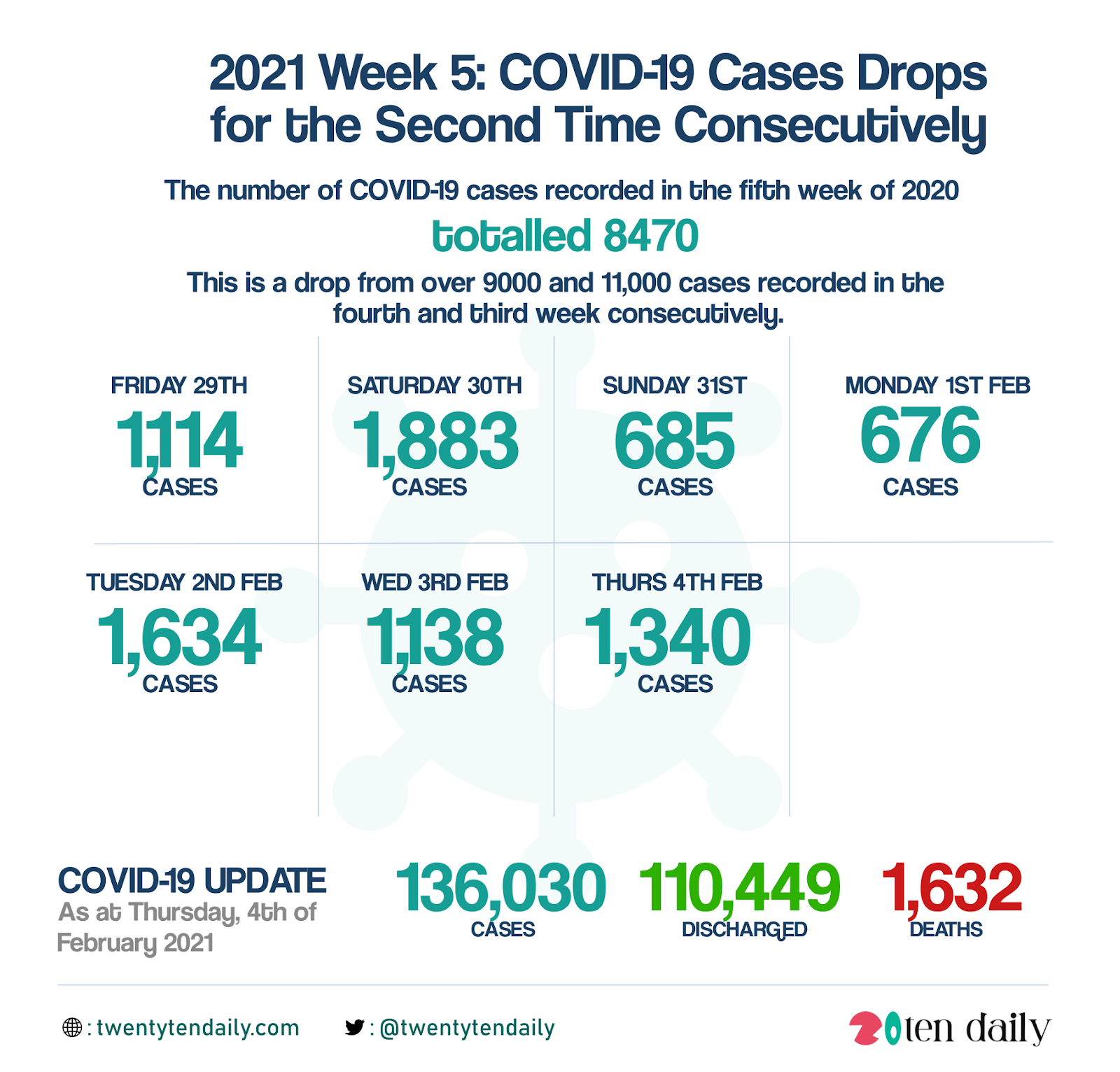 Cases according to the Nigerian Centre for Disease Control increased to 1634 and 1138 on Tuesday and Wednesday respectively.