In the first six weeks of 2021, no fewer than 1, 525 persons have died across the country due to recurrent insurgent crisis.

Data obtained from the Nigeria Security Tracker showed that these deaths covered cases from the Boko Haram insurgency, banditry, herdsmen crisis, kidnapping, communal and cult clashes,  armed robbery, and brutality of security agents among others.

While many security breaches were not reported, there was an increase in the number of abducted victims who died in captivity as unconfirmed reports put the number of those in various kidnap dens across the country at over 5000.

Across geographical zones in the country, the North West led with 724 while the North East and North Central followed respectively with 346 and 155. Also, the South West had 112 deaths, South-South with 103 deaths while South East with 85 deaths. 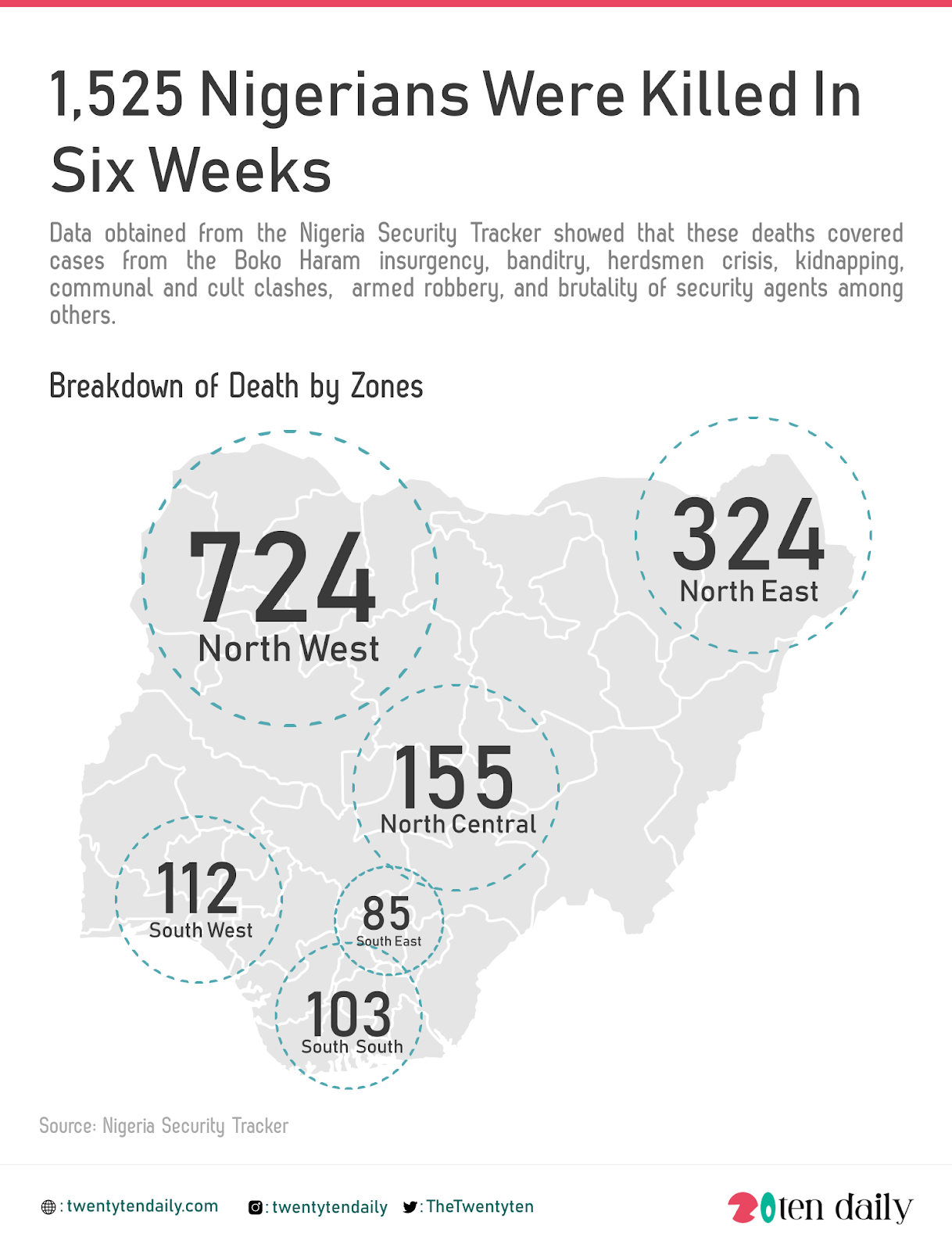